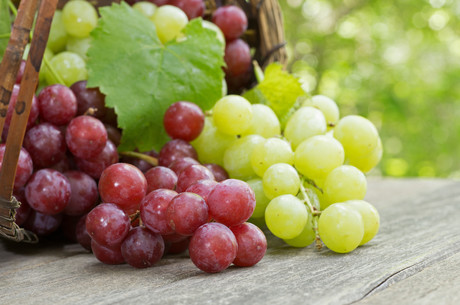 The world press has been carrying articles about a tourist in India spray-painting white/green grapes red to make them more saleable in the market. The press also claimed that the British tourist’s aunt had been quite ill after eating grapes purchased from the same area a couple of days previously.

Whether or not the aunt ate spray-painted grapes and the spray was responsible for her gastric upset is debatable. Food hygiene practices are pretty poor in these street markets and so it is very probable that the aunt just ate contaminated food.

But, the filmed spray-painting of the fruit does highlight India’s ongoing problems with adulterated food and food fraud.

In 2015 India’s food regulator reported that 20% of food was adulterated or misbranded in some way, and there have been no signs of improvement in the interim.

The most common foods that are adulterated are milk, oils, spices, and fresh fruit and vegetables. Making matters worse, there is absolutely no surety that the adulterants are food safe and edible — the only aim is for vendors to be able to sell their produce.

These problems are endemic across most third-world countries as people struggle at subsistence levels.

So next time you are on holidays, be wary about the food you are eating.