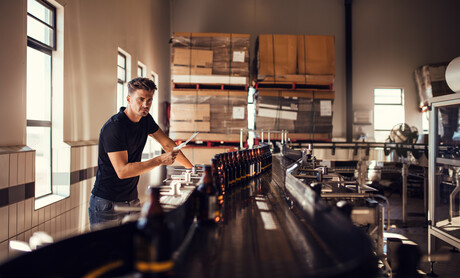 The software duo have integrated their technology to help brewers of all sizes make more beer in less time, with less waste. OFS’s software uses sensors to draw real-time data from the packing line to identify and reduce inefficiencies and waste, while The 5th Ingredient’s Beer30 brewery software assesses data from the moment raw ingredients are purchased to when the can, bottle or keg is sold.

OFS CEO James Magee said craft brewers typically spend over half their time not making beer, which is a data problem the partnership can solve.

The software integration between Beer30 and OFS provides visibility into yield, covering losses from every step of the brewing and packing process in real time. For example, OFS could capture a series of downtimes on the filler correlating to a CO2 quality issue captured by Beer30, which has affected a portion of the product. If the overall problem is related to raw ingredients, it could also identify the relevant batch and which products were affected, preventing a larger-than-needed product recall.

OFS’s software is used by around half of Australia’s craft breweries, including Stomping Ground and Tribe Breweries.

The 5th Ingredient has already deployed its software in more than 10% of the Australian industry, while OFS, having recently launched in the US, has already signed its first three US breweries, including Pelican Brewing Company. The brewing software specialists now aim to expand their footprint across both countries.

The solutions can be used for brewers of all sizes and, depending on the size, even 10 minutes of downtime solved could equal thousands or hundreds of thousands of dollars in gained production.

The 5th Ingredient CEO Pulkit Agrawal said:“Many decisions in breweries are made based off anecdotal evidence that emerges on day six or seven of production. Together with OFS, we can highlight the issue on day one or even zero, before production begins. This helps craft brewers change from being reactive to predictive and proactive.”

The software combination can also be used in non-alcoholic beer production.