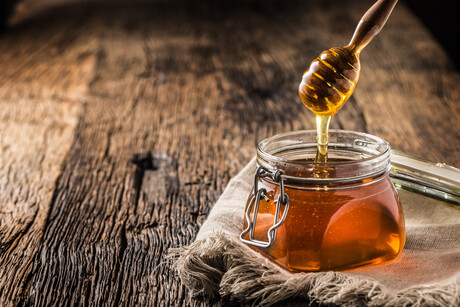 Scientists from Russia’s Ural Federal University have developed a sensor that can quickly test for nitrobenzene, a deadly chemical that can contaminate honey and other foods.

Nitrobenzene is used industrially as a solvent and is involved in the manufacture of pesticides, which is how it can find its way into foodstuffs. Honey is particularly at risk of contamination for this reason. It is a difficult chemical to neutralise so its detection is the best way of keeping it out of consumers’ foods.

Until now, the detection process has been relatively cumbersome and longwinded, requiring special lab equipment for spectral analysis. With the development of the new testing methodology by the Russian scientists a portable test is a possibility.

The testing set-up is highly sensitive — enough so that the researchers were able to detect harmful levels of nitrobenzene in already available commercial honey samples — and sufficiently fast that with some development it could be utilised by food manufacturers wanting to ensure the safety of their products.

The test requires only a small amount of material to check for nitrobenzene and doesn’t need costly specialised labour to perform so it could prove useful in a range of food-testing applications.

The scientists are hoping to develop the test for widespread uses in the future.

The research was published in Food Chemistry and can be read here.

Beef market to contract in 2022

Changes in beef production around the world, in combination with the effects of COVID-19 and...

FlipFarm Systems received recognition for its semi-automated oyster farming technology that is...

How 5G will transform health care