pitt&sherry has been chosen to work on the $10 million Strahan Aquaculture Hub development on Tasmania’s west coast. The engineering consultancy has secured key planning approvals and will undertake detailed design for the Tasmanian Salmonid Growers Association (TSGA) development.

The Aquaculture Hub will feature wharves, administration buildings and associated infrastructure, and aims to support further growth in the salmon farming industry. The new development will move the industry’s base from the Strahan town centre to what is currently a remote area in the vicinity of Buoy Point and Smith Cove to the west of the town.

In 2013, the TSGA approached pitt&sherry to submit a proposal for the approvals and design aspect of the project. Following acceptance of the proposal, pitt&sherry secured the planning and environmental approvals required to commence development and completed the civil, infrastructure and marine design elements.

The Hub’s construction has been made possible by a $7.14 million grant from the Regional Development Australia Fund. It will create around 100 new jobs during construction and more than 150 jobs following completion of the facility, which is expected in late 2016. 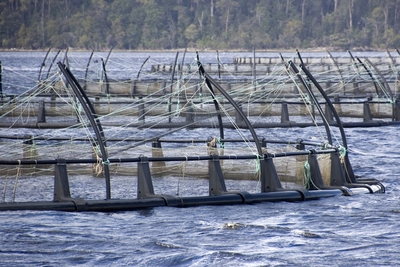 “This is a substantial project for Tasmania and, more broadly, nationally - it will result in a doubling of production in Macquarie Harbour over five years to an estimated $269 million annual farm gate value,” said Andrew Buckley, national leader - food and beverage at pitt&sherry.

“What is currently a remote area of Tasmania will be transformed into a thriving business district that is expected to improve economic conditions for the region in a sustainable manner.”

ABB appoints A1 Electric as distributor for energy-efficient product

ABB Australia has announced it has appointed A1 Electric Motors as its new National Distribution...

Six killed by liquid nitrogen leak at US poultry plant

A tragic incident is being investigated after authorities responded to reports of burns at a...