Australian fruit grower Montague has signed an initial two-year lease agreement with Arcella Bananas Company, which is based in Far North Queensland.

The agreement will see Arcella use Montague’s produce and packing facility in Brisbane to ripen its bananas.

Montague opened its production facility at the Brisbane Markets in Rocklea, Queensland, in April 2019. The 5578 m2 purpose-built facility is a fully automated, temperature-controlled environment, complete with a continuously monitored cold storage space and ripening rooms equipped with the latest European tarpless technology. The specialised equipment introduced in the facility ensures the reduction of ethylene and airborne pathogens. 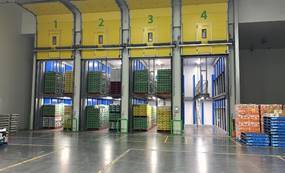 Arcella Bananas is a family owned and operated business, founded in 1974 by Pat Arcella. Known for its Tropicana brand of bananas, the company has grown to consist of three banana plantations located in Mareeba, Innisfail and Upper Daradgee with an extended network of growers in Queensland.

Arcella Bananas spokesperson Dom Arcella said the company is delighted to team up with Montague to use its facilities and access the technology to ripen its bananas.

“We think consumers will be very pleased by the outstanding quality and flavour of the fruit ripened in Rocklea,” said Dom Arcella.