Jellyfish crisps: the snack that will curb problematic numbers 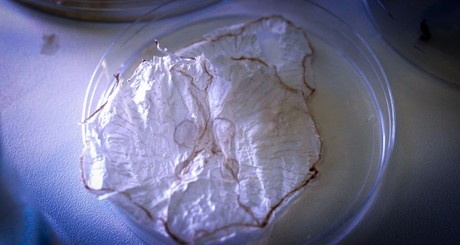 With an increasing number of jellyfish swarming the sea, scientists have found a new method of controlling these ‘blooms’ — jellyfish crisps.

The benefits of using jellyfish to create this unusual snack would be felt by fishermen especially. The high numbers of jellyfish weighing down fishing nets require fishermen to empty their nets into the sea and therefore lose their fish.

A gastrophysicist from University of Southern Denmark (SDU), Mie Pederson, worked alongside SDU researchers Jonathan Brewer, Lars Duelund and Per Lyngs Hansen to create a more efficient process to dry out jellyfish, therefore curbing this problem. The results were published in The International Journal of Gastronomy and Food Science.

Although hundreds of dried jellyfish are produced every year, with the sea creature being a delicacy in Asia, the drying process takes between 30 and 40 days to make them consumer-ready. Traditional processing plants use kitchen salt and alum to remove excess water, and the jellyfish are continuously moved to different tanks during this process. However, Penderson’s research has reduced this to a couple of days.

Comparing jellyfish to a gel, Penderson explains the dehydration process that creates the crisps.

“Gels respond differently when put in different solutions. In alcohol some gels simply collapse, and that is exactly what we see a jellyfish doing. As the jellyfish collapses, the water is extracted from it and its volume is reduced.”

By soaking the jellyfish in alcohol, the water is extracted and this replaces the gristly consistency with a thinner, crunchier alternative, making it the perfect snack.

Although the jellyfish crisps are not distinctive in taste, it has been suggested that further flavouring using alcohol may be developed.

“The mouthfeel and the aesthetic appearance in particular have gastronomic potential,” said Penderson.

The snack also boasts some health benefits, with scientists claiming it could be a healthier alternative to regular potato crisps. A 25 g portion of crispy jellyfish contains 0.5 g of fat, compared to 8 g in a bag of ready salted crisps.

The high levels of selenium present in jellyfish also fight the ageing process, preventing oxidative stress and defending against prostate and colon cancer.

However, one bag of jellyfish crisps surpasses the recommended daily intake of salt, which scientists are hoping to address in the future.

With Penderson’s drying technique, jellyfish crisps could not only please angry fishermen battling with the rising numbers of jellyfish, but also break into the western food culture as a healthy snack.