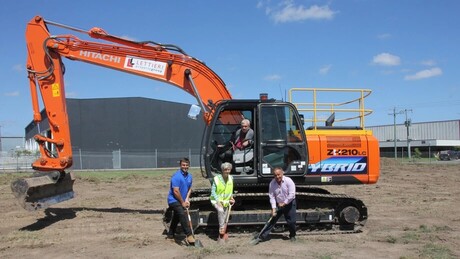 Kaeser Compressors Australia employs its compressed air systems in a wide variety of sectors, including in food and beverage industries, across Australia and New Zealand.

Peter Eckberg, Managing Director of Kaeser Compressors Australia, said the company reinvested heavily into the business and the pandemic has not halted those efforts.

“We’re pleased to say that despite ongoing COVID-19 disruptions, we finally broke ground in January.”

The Australian head office has been situated in Dandenong, Victoria, since Kaeser Compressors opened its doors in 1990. Thirty years later, the company said it was clear that the company was outgrowing the existing facility and required additional office space, a larger warehouse and a bigger in-house workshop.

A complete transformation of the current facility is also underway, which will both modernise and extend it out to twice its current size.

ABB appoints A1 Electric as distributor for energy-efficient product

ABB Australia has announced it has appointed A1 Electric Motors as its new National Distribution...

Six killed by liquid nitrogen leak at US poultry plant

A tragic incident is being investigated after authorities responded to reports of burns at a...