Can NZ eradicate Mycoplasma bovis from its cattle herd? 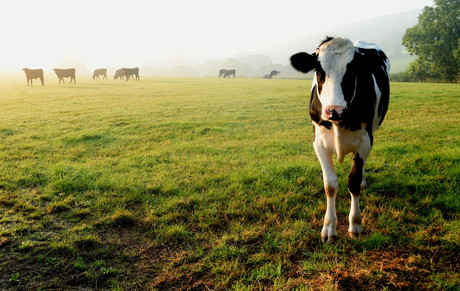 New Zealand and Norway were once the only countries in the world that were free from Mycoplasma bovis. However, during 2017 the bacterium was found in New Zealand on farms in South Canterbury, Hawkes Bay and Southland.

While the meat and milk from affected cows is quite safe to consume, Mycoplasma bovis causes a range of diseases, including mastitis in dairy cows, arthritis in cows and calves, pneumonia in calves and various other diseases likely including late-term abortion.

The Ministry for Primary Industries (MPI) has determined that all cattle on properties infected with the cattle disease Mycoplasma bovis will be culled. Currently, 28 infected properties have been identified but only 22 of them have cattle remaining on them.

"The depopulation of entire herds on all 28 Infected Properties (IPs) in New Zealand is a critical measure to control the spread of the disease and we will be working closely with those farmers to plan how this will happen," said MPI's response director Geoff Gwyn.

"This will be a big job and won't happen overnight, but we'll be meeting with the affected farmers in the coming days to discuss the operation, develop the plans and talk through compensation."

All IP farmers will be compensated for their verifiable losses. MPI continues to build its compensation team to make sure farmers are compensated as quickly as possible. Once farms are de-populated and cleaned, these farmers can start rebuilding a disease-free herd from scratch.

"We understand this has been an incredibly difficult time for farmers while they wait for critical decisions to be made about managing and controlling this disease," said Gwyn.

"This cull will give those farmers back some certainty and control over the future of their farms, their animals and their livelihoods.

"We are able to take this decision now because we are confident Mycoplasma bovis is not well established in New Zealand.

"The testing of milk from every dairy farm in New Zealand is very well advanced and to date has only identified one new infected property.

"This, combined with MPI's extensive surveillance work tracing every possible movement of animals from infected farms, gives us the confidence to say the disease is not widespread, but is limited to a network of farms connected by animal movements. Culling these animals is now the appropriate action."

Non-infected farms that are under Restricted Places Notices (RPN) or Notices of Direction (NoDs) are not being asked to cull their herds at this point because infection has not yet been confirmed on those properties. Confirmation relies on the defining genetic test which provides complete confidence that animals on a farm are positive.

Gwyn said MPI will work with farmers to develop individual management plans for each of these properties — until a decision on whether to eradicate Mycoplasma bovis or move to long-term management is made.

"We all want to eradicate Mycoplasma bovis — but it has to be technically possible, practically achievable and affordable for everyone. Our focus is on the resilience of our dairy and beef industries which are such significant contributors to our economy, and on farmer wellbeing and the welfare of animals.

"Whatever option is taken, we will need to see some big changes in on-farm biosecurity and NAIT compliance. There remains a big job to do around this disease, and there is no quick exit from this situation."

While MPI with industry partners will continue to focus on surveillance and tracking the spread of the disease, there is critical work being done to model the potential spread of Mycoplasma bovis under different scenarios and in understanding the costs and benefits of decisions around eradication.

"People will say 'why haven't you done this already'. In fact, we have been working on this since the disease was detected and we depopulated seven farms in December. We halted further culling until we better understood the spread of the disease. We are now at that point where we have that understanding and can complete this work with confidence," said Gwyn.

"We now believe the disease is not endemic and we can complete this analysis and planning, but we will take care and time to get it right because decisions about the future management of this disease are too important to rush."