Anhydrous milk fat market to rise to US$5.2 million 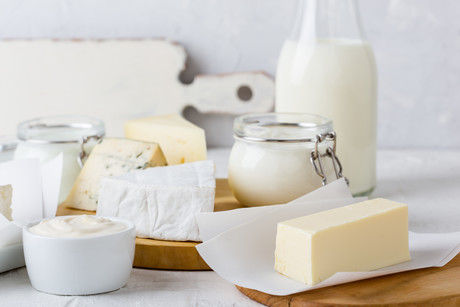 The Global Industry Trends report on the Anhydrous Milk Fat (Butter Oil) market and its projections for 2019–2024 has been published on ResearchandMarkets.com. In 2018, the global anhydrous milk fat market was worth $US2.9 billion, registering a CAGR of 10.7% during 2011–2018. Research suggests that the market value is due to reach US$5.2 billion by 2024.

Anhydrous milk fat can be stored for several months at room temperature and transported long distances due to its longer shelf life and low moisture content. Initial consumption of anhydrous milk fat was confined to Australia and New Zealand, but as trends for fusion food products increases, its consumption has increased in the European Union and the United States.

Diversified applications of anhydrous milk fat in the fast food industry have created a substantial demand for the product, but its high concentration of saturated fatty acids and cholesterol, coupled with its high price compared to vegetable fats, can hinder its projected growth over the coming years.

The Global Industry Trends report reveals that dairy represents the leading end-use segment of the global anhydrous milk fat market, followed by bakery and confectionery. Use of anhydrous milk fat is extensive in the dairy industry, primarily in manufacturing reconstituted milk and other milk products, such as milk, cheese, spreads and ice-cream.

Oceania accounts for the majority of the anhydrous milk fat market, with Europe, North America, Asia, Latin America, the Middle East and Africa as other major regions. Previously, the anhydrous milk fat industry was fragmented by a large number of global and regional players. The merger and acquisition of major companies such as Fonterra, Murray Goulburn, Dairy Farmers of America, Hilmar Cheese Company, Westland Milk Products and Synlait Milk Limited has stabilised the industry.