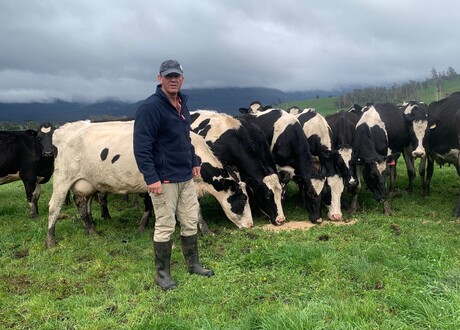 Brent Atkins, from Dairy Plains Tasmania, said that for generations his family has used visual inspections and knowledge of bloodlines to make breeding and culling decisions.

After using NEOGEN’s Igenity Aussie Select DNA test he said he will never go back to only using subjective animal selection techniques.

“It always came down to the animals you felt looked the best and what you could remember about their parentage.

“We’ve been happy with those methods for a long time, but I felt like that because the technology is there now, and testing is so easy, we should take advantage of it.”

NEOGEN operates Australia’s longest running livestock genomics testing facility, which has been based at the University of Queensland since the 1980s, and has led the development of a range of DNA tests to assist cattle breeders take genetic selection decisions.

Igenity Aussie Select has been specifically designed by for the Australian dairy industry as a tool for improved herd management and driving genetic gain. It provides Australian-based traits and indices such as BPI and is supported by DataGene to ensure accurate results for the Australian market.

Atkins said receiving the test results for his heifer calves and bulls last season gave him a whole new appreciation for the value of genomic information.

“What really drove it home was when one of the heifers which I would have definitely culled came back as one of the best performers in the mob. So that one test saved us from selling that heifer calf, who will be one of the stars of the herd in a couple of years,” he said.

Atkins, who milks 450 cows and breeds sheep and beef cattle for the meat market, said the testing has helped him focus on traits that are visually undetectable in young animals.

“Our results clearly showed what animals had the best production potential so we could easily keep the top 45 to 50 per cent and sell the rest.

“The future return on the heifers we’ve kept will quickly cover the cost of testing.

“The TSUs (tissue sampling units) are simple to use, the results are easy to read and we’ve already seen some great outcomes from testing, so I’m convinced this is the way to go.

“We have also tested some of our bulls so we can better plan our natural joinings next year, so that’s another exciting advancement.”

Neogen’s Genomics Territory Manager for Victoria and Tasmania, Rodney Parker, said it is rewarding to see a producer find their testing results so beneficial.