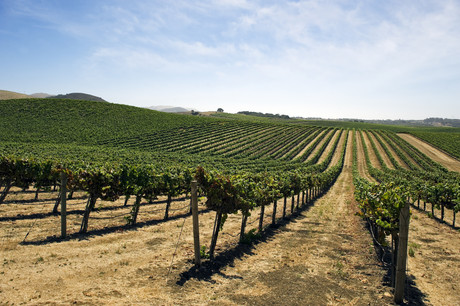 Birds can be a costly pest for grape growers and, although there are many bird deterrents available, they are not always convenient or effective. Jim Griffin, owner of Griffin’s Lair vineyard in California, swapped bird nets for robotic lasers and saw a 99.8% reduction in birds.

“We tried many different bird deterrent measures but most are difficult to use, and lasers make it easier and very effective,” explained Griffin.

Alleviating his 21 acres of vineyard of bird damage had previously cost Griffin US$25,000 every year on netting and labour costs. However, bird netting was not only an expensive method of bird deterrent, it was also ineffective at entirely keeping birds away from the grapes — many could still get under the net — and it proved difficult to perform regular tasks such as pruning, fertilising and removing damaged grapes.

This motivated Griffin to turn to the automated laser technology, the Agrilaser Autonomic by Bird Control Group. Four solar-powered lasers, which exploit birds’ natural instincts to scare them away from the grapes, were installed to cover the vineyard. The approaching laser beam is perceived as a predator, encouraging birds to flee when it passes by. This almost entirely eradicated the bird problem and resulted in a yearly cost saving of US$25,000 at Griffin’s Lair.

Birds are a global issue, resulting in over 6000 users adopting the bird-deterrent lasers worldwide. These include vineyards such as Devonian Coast Wineries in Canada, Bodega Catena Zapata in Argentina and Summerhill Road Vineyard in Australia.

However, it has become particularly apparent in America. Despite previous research revealing that US states California and Washington are most effected by grape damage caused by birds, costing US$49,099,613 and US$12,892,063 respectively, Griffin’s Lair is the first time the technology has been used in California.

Steinar Henskes, CEO of Bird Control Group, said, “I am proud of the savings Bird Control Group realised at the Griffin’s Lair vineyard. California is one of the largest grape-growing regions in the world and with our help the grape industry in California can straighten their top position.”