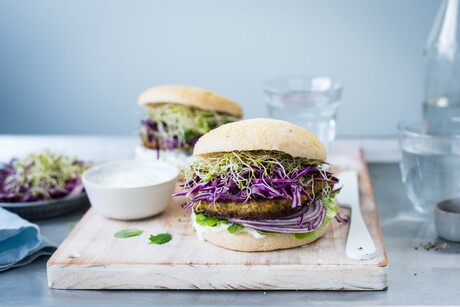 Although one in four Australians are choosing to go gluten-free, that doesn’t mean they have to forgo the heavenly loaves. Especially on World Bread Day, 16 October 2020.

Tim Grainger, founder of Venerdi Breads, said there’s been a bread revolution quietly happening and even gluten-free sourdough is now available, along with a plethora of other healthy carb-free and carb-light breads, including keto, paleo, vegan and sourdough containing hemp and probiotics.

Bread as we know it is changing, with bakers continuously experimenting with new flavours and creating an endless variety of gluten-free, keto, and paleo twists on classic breads, sourdoughs and pizza bases.

“There’s been a bread revolution quietly happening since the start of this century and people are now embracing it like never before — they want bread to give them a taste sensation and be good for their health all at the same time,” Grainger said.

According to a report by the Medical Journal of Australia only 1% of the population is diagnosed with coeliac disease — yet one in four surveyed are choosing to eat gluten-free.

“In the past some health fanatics dismissed breads as ‘too carb heavy’ but now you can choose protein-rich breads that leave you feeling fuller without feeling heavy,” he said.

“The gluten-free sourdough is fast becoming a staple in health-conscious households as people want better nutrition mixed in with traditional baking processes and improved texture. Good bacteria thrives in the overnight fermentation before baking sourdough, making it easier for the body to absorb nutrients.

“The art of modern bread making is about creating new rules and exploring unique recipes combined with traditional baking processes.

“The bread revolution can be compared to that of craft beer as both require a lot of trial and error in experimenting with new and unusual ingredients in the creation of innovative flavours and textures.”

A beer series brewed with wild herbs, food waste and even goose faeces has been created by...

Food scientists at the University of Massachusetts Amherst are aiming to make plant-based protein...

Vietnamese snack could hold key to a natural food preservative

A traditional Vietnamese raw pork snack called Nem Chua could hold the key to developing a...