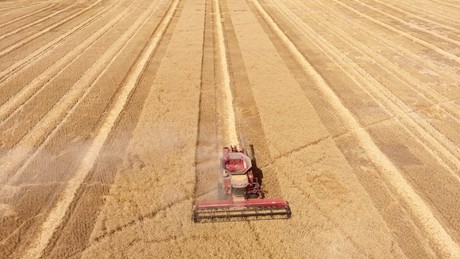 Australian wheat farmers, particularly those in Queensland, are set to benefit from a high-yield Mexican wheat variety identified by researchers from the University of Queensland. UniQuest has licensed it to Seed Exchange Australia (SEA) under the name SEA Condamine.

Originally from the International Maize and Wheat Improvement Centre in Mexico, it is a high-yielding, white-grained wheat with quick grain fill after flowering, good straw strength and resistance to leaf rust, according to SEA General Manager John Shepherd.

Associate Professor Mark Dieters in UQ’s School of Agriculture and Food Sciences evaluated the wheat, and said trials showed it was suitable for northern NSW and south-eastern Queensland, but it was best suited to Central Queensland.

“SEA Condamine has demonstrated excellent adaptation to the wheat-growing regions of Central Queensland, with grain yield exceeding some popular varieties by as much as 10 to 20% in 2016 to 2018 national variety trials,” he explained.

“This represents a significant improvement in yield potential compared to other main season wheat varieties.

“It is also demonstrating very good yield potential in the marginal environments of South West Queensland.

“Being a tall variety, growers are also able to reap the dual benefits from harvesting the grain and bailing the straw.”

Shepherd said new wheat varieties being developed at UQ could benefit growers all over Australia.

“A portion of the sales of these new varieties will be fed back into research to help local farmers, support and inspire future agronomists, and help bush communities grow and benefit from this knowledge,” he said.

“New wheat varieties like SEA Condamine help fund better breeding facilities and techniques, which leads to better-quality seed varieties for the farmers of the future.

“SEA Condamine currently has only a feed classification, but this year we hope to be rated for a milling classification based on the fantastic preliminary results from our baking trials, which show this wheat makes bread with excellent loaf volume and colour.”

The new Chobani facility in Dandenong South in Melbourne will allow the company to meet its...

Taste is most important factor for flexitarians

A study of consumers from around the world has found that flexitarians are the choosiest bunch...

Applications for two different enzymes that break down pectin and are produced by genetically...