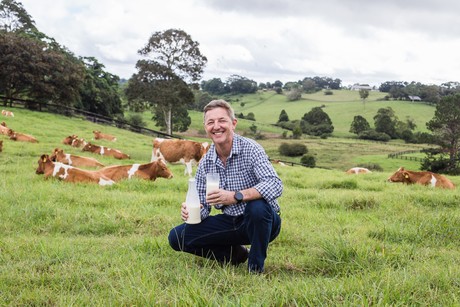 Australian food technology company Naturo claims it has developed a way to produce 100% natural milk that is nutritionally superior and stays fresh for significantly longer than pasteurised and UHT milk.

Described as the biggest breakthrough in the global milk industry since pasteurisation in 1864, the milk processing technology ensures the milk contains no additives or preservatives, and retains its natural colour and taste.

The milk processing technology has already received $250,000 from the Queensland Government and has been approved by Australian regulatory food safety authority Dairy Food Safety Victoria (DFSV) as ‘an alternate treatment to pasteurisation for raw milk’.

While pasteurisation heats milk to a minimum of 72°C for at least 15 seconds to make it safe for human consumption, Naturo founder and CEO Jeff Hastings said this process also destroys some of the healthy nutrients. He explained it “kills all alkaline phosphatase activity, an essential enzyme for liver function and bone development, and reduces the vitamin B2 and B12 levels. These are particularly essential vitamins for children.”

Naturo’s processing technique does not rely on heat to kill pathogens, and could be applied to other forms of milk including camel, goat and sheep’s milk.

“The primary difference between our milk and pasteurised milk is the fact that we don’t ‘cook’ the milk to make it safe for human consumption. Our milk is much closer to milk in its original state and is independently proven to be nutritionally superior,” Hastings said. “Our patented process is the only known method that kills Bacillus cereus, a common but unwanted spore forming bacterium in milk that produces toxins causing vomiting or diarrhoea. Our process makes our milk really safe.”

While the specific process has not been revealed, Hastings has previously used air pressure to prevent cut avocado from turning brown.

The milk also has a minimum 60-day refrigerated shelf life, with the company stating independent scientific testing revealed it remained fresh and safe for consumption after 91 days, compared to the 14 days for standard fresh pasteurised milk. According to Naturo, the long-lasting product has the potential to open up new export opportunities, as it can be shipped to markets such as Japan, China, Malaysia, Singapore and Indonesia.

“Our milk can be shipped to all parts of the world that have limited or no access to fresh milk. There is also massive potential for the development of a wide range of dairy products and use-by industries where unpasteurised milk is desired, such as cheesemaking.”

Despite Australia accounting for just under 2% of the world’s milk production, with an output of 9.3 billion litres in 2018, it produces more milk than can be consumed domestically and has the potential to rapidly expand its current milk production, particularly in Tasmania and Victoria.

Naturo is seeking investment for a pilot plant in Australia capable of producing 10 million litres of milk per annum, which will allow it to establish commercial-scale operations for its own brand of products for the domestic and Asian markets.