New brew of beer holds the hops, keeps the flavour 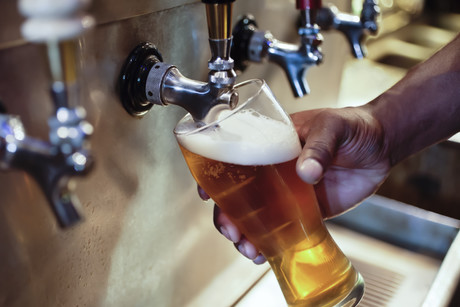 How would you like to try beer that costs less and has a more consistent flavour? US scientists may have come to your rescue, engineering brewer’s yeast to produce two molecules that are partly responsible for the hoppy flavour in beer — with no actual hops necessary.

The flowers of the hop plant are an essential ingredient in beer, providing its bitter taste as well as a distinctive floral aroma. They are, however, a very water- and energy-intensive crop — one that can vary considerably in essential oil content due to a combination of genetic, environmental and processing factors. This makes it challenging for brewers to achieve a consistent hoppy taste in their product.

Researchers led by the Lawrence Berkeley National Laboratory engineered brewer’s yeast to increase production of linalool and geraniol — two molecules found in essential oil which have been identified as primary flavour determinants in hops. The authors did this by incorporating DNA from mint and basil into strains of brewer’s yeast.

The authors note that although linalool and geraniol confer hop flavour to beer, the full flavour imparted by traditional hopping is likely to rely on a more diverse set of molecules. Nevertheless, their initial results are promising, with the scientists writing that their methodologies “provide a foundation for generating more complex yeast-derived hop flavors, and broaden the possibilities of yeast-biosynthesized flavor molecules to those throughout the plant kingdom”.