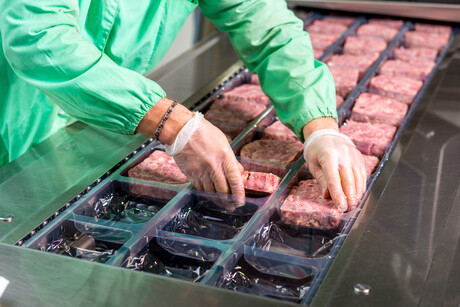 Food Standards Australia New Zealand (FSANZ), the European Food Safety Authority (EFSA) and the World Health Organisation (WHO) have stated that there is no evidence to suggest that coronavirus is transmitted in food, and no reported cases from human contact with food.

“There has been an over-emphasis of cases being linked to the Australian meat industry, yet the virus is being transmitted in the community, not generated from within any particular industry,” Hutchinson said.

Hutchinson stated that the Australian meat industry has controlled measures in place and should not be viewed through the same lens as meat industries in other countries.

“The actual percentage of staff that make up the total amount of cases within a ‘cluster’ linked to a meat processing facility is small relative to total community transmissions, in some cases less than 3%, across our red meat and smallgoods members. Further, there is a negligible amount reported in our independent retail butcher chain,” Hutchinson said.

Victorian Premier Daniel Andrews warned that industries could be shut down if people continue to go to work with symptoms. “Next steps may well have to include closing a number of these industries if we continue to see people attending work. We have to work together to keep anyone who’s got symptoms away from work. Otherwise businesses will have to close,” Andrews said.

AMIC reinforced the Premier’s message, urging workers to stay away from their workplace if they display symptoms, get tested and follow the isolation instructions. Hutchinson also stated that the virus would be solved by people implementing and abiding by COVID Safe recommendations.

AMIC’s impacted members are focused on ensuring the health and safety of their workforce, and that plans are implemented to minimise the risk of spreading the virus among staff. This includes temperature screening, daily sanitation, regular sanitation, social distancing and staggered shifts.

“The impacts of any potential closures of processing plants has a flow-through effect to our wholesalers and retail network chains, which ultimately impacts our farmers and producers,” Hutchinson said.

Hutchinson stated that the AMIC will remain supportive of frontline health workers and health department staff working with its members. “Some information has been confusing for Victorians, with changing advice to workers regarding isolation. We do not want to see the shutdown of our industry due to changing rules that we have limited to no control over,” Hutchinson said.

AMIC is working with the Department of Health and Human Services (DHHS) and those members that have been impacted to ensure minimal interruption to business operations and communicate a clear set of expectations and response procedures.