Keeping arsenic out of alcohol 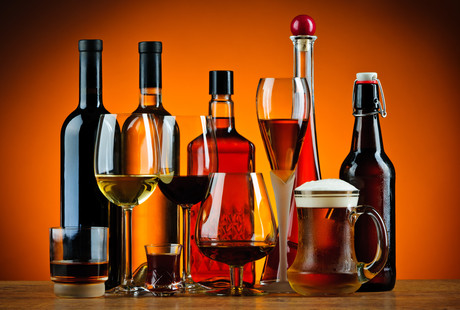 A material often used as a filter to make wine and beer clearer could be transferring heavy metals such as arsenic into the beverages, according to a new study.

Diatomaceous earth (DE) is a naturally occurring sedimentary rock used to filter alcoholic drinks, but researchers from the Center for Food Safety and Applied Nutrition and Alcohol and Tobacco Tax and Trade Bureau have warned that it could be increasing arsenic levels by almost eight times compared with unfiltered beverages.

Chronic dietary exposure to high levels of arsenic, lead and cadmium can lead to health issues. Previous studies have found high levels of the heavy metals in alcohol but have not been able to work out how the contamination occurs. In the study, researchers investigated if DE is the culprit, and whether altering the filtering conditions could reduce the transfer.

They used a laboratory-scale filtration system to process unfiltered ale, lager, red wine and white wine with three types of food-grade DE. All of them were found to contain arsenic, as well as smaller amounts of lead and cadmium. One of the DE samples increased arsenic 3.7- to 7.9-fold compared with the unfiltered beverages. This was above the safe limit proposed by the U.S. Food and Drug Administration (FDA) for apple juice (10 parts per billion; ppb).

In commercial beer and wine samples, arsenic levels tended to be below 10 ppb, but two wine samples contained 18 and 11 ppb arsenic.

The amount of arsenic transferred to the drinks decreased when the beverage was exposed to less DE, the pH of the liquid was altered or the DE was washed beforehand. According to the study, methods to wash DE using water, citric acid or EDTA all “significantly” (p < 0.05) reduced inorganic arsenic concentrations.

“These data indicate that specific steps can be taken to limit heavy-metal transfer from DE filter aids to beer and wine,” it stated.

The study appeared in ACS's Journal of Agricultural and Food Chemistry.