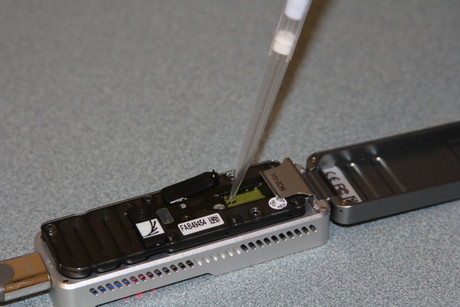 Ensuring foods and drinks do not contain pathogenic bacteria before a product is released into the market is ideal but not always achieved. If a food is contaminated, quick, efficient pathogen detection and fingerprinting is essential in limiting the spread of foodborne disease.

Currently, detecting and subtyping pathogens are separate processes and, using standard methods, it can take up to two weeks to identify the serotype of a pathogenic Salmonella. Now, University of Georgia Center for Food Safety College of Agricultural and Environmental Sciences food scientist Xiangyu Deng has created a system that can identify foodborne pathogens in a fraction of the time taken by traditional methods.

Deng has combined the two steps through a process called ‘metagenomics analysis’.

Traditionally, the pathogen is separated from the food sample by growing the pathogen in bacterial cultures, which takes 24 to 48 hours, Deng said.

To shorten the culture process, researchers in Deng’s lab apply tiny magnetic beads coated with antibodies that pull the pathogen cells out. Then they amplify the DNA of the captured pathogen cells so they have enough DNA to sequence.

“Using a new, very small sequencing tool that’s about the size of a USB drive, we can sequence while capturing the data in real time,” Deng said.

Compared to the mainstream genome sequencer that produces sequencing data after running for a day or two, the small sequencer generates enough data for pathogen detection and subtyping in about an hour and a half, he said.

Deng tested the process on raw chicken breast, lettuce and black peppercorn samples treated with Salmonella and retail chicken parts that were naturally contaminated with different serotypes of Salmonella. In one case, a small amount of Salmonella was detected and subtyped from lettuce samples within 24 hours.

Deng’s work has been published in Applied and Environmental Microbiology.