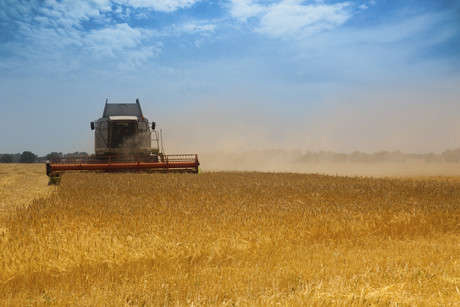 The value of farm production is expected to decline by 4% to $58 billion in 2018–19, driven largely by droughts in the eastern states and poor winter crops, according to the latest Agricultural Commodities report by ABARES.

However, ABARES’ Chief Commodity Analyst Peter Gooday explained that high prices and the near record crops in Western Australia provided a significant buffer, and agricultural production is predicted to increase over the next few years.

“Many would have predicted a greater fall in agricultural production given the significance of the drought along the east coast,” Gooday said.

“Western Australia is forecast to have produced its second-largest grain crop — nearly 60% of the Australian winter crop this year — which has helped make this the sixth straight year of above average performance.

“Improved commodity prices have helped, with grain prices expected to increase 11% in 2018–19 and contribute to a 3% rise in farmgate prices. Wheat prices rose by 5% and barley prices by 16%.”

The report, launched at the Outlook 2019 conference in Canberra, forecasts agricultural production will increase by 2% to $59 billion in 2019–20 and grow to $61 billion by 2023–24, provided seasonal conditions returned to normal.

The National Farmer Federation (NFF) aims to lift the value of Australian agricultural production to $100 billion by 2030, but ABARES Executive Director Steve Hatfield-Dodd said this requires making tough choices. He listed five key areas that are vital to meeting this goal: ensuring agriculture is attractive to workers and investors; harnessing innovation to boost performance; promoting on-farm resilience and risk management; persisting with water reforms; and respecting and responding to evolving consumer expectations.

While farm profitability is expected to be lower in 2018–19 compared with the previous two years, the report suggested it remains comparatively high.

“There is substantial regional variation though, with average incomes down by an average of 51% on New South Wales broadacre farms and by 21% on Queensland farms.

Export earnings experienced an expected 6% decline in 2018–19 due to falling crop exports, and falling livestock exports are also predicted to cause a decline to $45 billion in 2019–20.

“This will be partially offset by an expected 4% increase to export prices,” Gooday said. “Export earnings are then projected to increase to $47 billion by 2023–24.”

The report explained escalation in trade tensions dampened activity in China, which is the country’s largest market, but strong income and population growth in emerging Asia are expected to support demand for Australian agricultural exports to 2023–24.