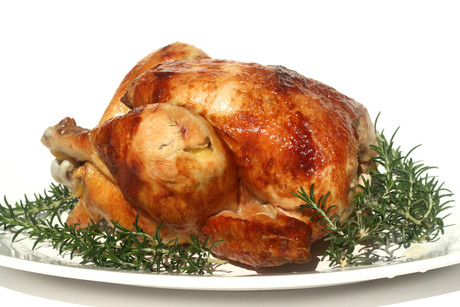 Costco is an interesting beast where shoppers have to pay $60 per year for the privilege of shopping in their wholesale stores. It is vital for the business that people choose to become members and regularly shop in their stores.

Enter the inducement — the rotisserie chicken.

Since 2010, Costco in the US has maintained the price on it rotisserie chickens at US$4.99, even though it loses money on every chicken bought. The rationale is that shoppers come in for a chicken and leave with a trolley full of groceries and miscellanea.

Since 2010, Costco’s rotisserie chicken sales have grown by more than 8% annually — three times the growth rate of total US poultry consumption. Reportedly, Costco averages 157,000 rotisserie chickens sales every day. It sold 87 million last year, which is significantly higher than the 60 million it sold in in 2013 and a lot of trolley loads of sales.

Costco has minimised its losses on the chickens through the energy savings generated by using bigger ovens and by using less expensive packaging. Now the company is hoping to generate $0.10 to $0.35 savings per bird by processing its own chickens. In September 2019, Costco is slated to open a new chicken complex in Dodge County, Nebraska.

The Nebraska complex will be able to process 100 million birds per year with one-third of the rotisserie program being produced in-house. The facility will also process chicken parts. The factory would create roughly 1100 new jobs and invest $180 million in the region, according to a press release from the Greater Fremont Development Council, a local public/private partnership.

Costco’s move marks the first time a US retailer has integrated its meat supply to the farm level and taken on the risks associated with animal husbandry, including feeding, animal welfare, disease prevention and harvesting.

If Costco’s foray into production and processing is successful, it could be the model for other food retailers and foodservice companies to vertically integrate in other protein sectors. However, Will Sawyer, lead animal protein economist at CoBank, has suggested this approach presents significant risks and challenges to other US meat sectors, particularly beef and pork.

“Food retailers will need to evaluate a number of risks in order to justify the investment of time and capital required to build their own production capacity,” said Sawyer. “Beef packers have historically yielded very tight margins, and with declining per capita beef consumption the sector would be unlikely to meet its return objectives. Pork processing brings the risk of very large exposure to export market risks. Additionally, retailers will need to consider food safety risks, negative profitability in production and whole animal utilisation to justify such investments.”

Of the three major proteins, poultry is the most appealing for retailer integration. Opportunities for further integration in poultry will likely be focused in secondary and further processing rather than primary processing, Sawyer said.

If Costco’s chicken production is successful, it will undoubtedly prompt questions across the agricultural supply chains and lead other food retailers and foodservice companies to re-examine their business models.