Biotechnology extends the life of cassava 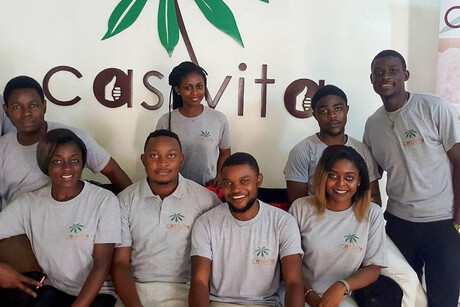 Cassava is a useful root vegetable that serves as a dietary staple in many countries around the world. It is drought-resistant and thus can be easily grown in hardy soils; its high levels of nutrients mean that it can be used as an ingredient in many foods; it can be processed into many forms, such as a dough, or eaten in its tuberous format; and it is tasty and flavourful.

The cassava has one significant drawback that makes life difficult for its rural farmers though: it rapidly spoils — within two or three days it goes bad. For its small-scale producers, often in places like West Africa or Southeast Asia, this means that it is difficult to rely on the crops for financial stability.

A start-up may have solved this problem though. CassVita is buying the crops from farmers directly and applying a biotechnology is claimed to be able to increase its shelf life to 18 months; this is an increase of thousands and thousands of per cent.

The company is using its technology to create a powdered form of cassava that can easily be processed into fufu, the sticky dough used as a staple in parts of Africa. It is also working on releasing cassava flour that is meant to be used as a total replacement for wheat flour, a development that it sees as a way to help provide food while the war in Ukraine trudges onward.

“Our objective is to leverage proprietary technology to offer a healthier and better-tasting alternative to wheat while creating prosperity for local farmers,” said CassVita founder and CEO Pelkins Ajanoh. “We’re hoping to tap into this huge market while empowering farmers, all by minimising spoilage and incentivising farmers to plant more.”

The company is using loans to purchase the root vegetables, working with a network of around 500 farmers in Cameroon, mostly women. Since untreated cassava spoils so quickly, up to 40% of crops are lost so the introduction of the biotechnological processes can benefit farmers financially while also producing nutritious and accessible food.

“Cassava makes sense as a global substitute to wheat because it’s gluten-free, grain-free, nut-free, and it also helps with glucose regulation, to normalise blood sugar levels, to lower triglycerides, so the health benefits are exciting. But the farmers were still living in poverty, so if we could solve the shelf-life problem then we could empower these farmers to offer healthier wheat alternatives to the global market.

“We’re evolving into a food technology company. We prefer to focus on leveraging technology to impact lives and improve outcomes in these communities.”