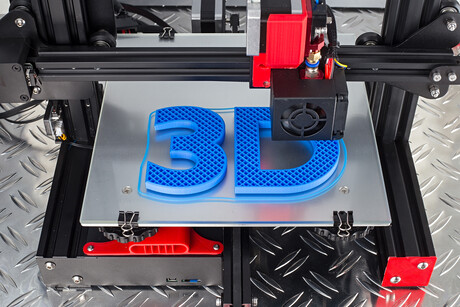 The Australian Meat Processor Corporation (AMPC) has begun a trial to test 3D printing in red meat processing plants. Two 3D printers have been installed in two plants, with the information gleaned from the trial allowing AMPC to access the applicability of the technology for widespread use in the industry.

Meat processing is a high-volume environment, which means that parts can readily degrade and wear out. The 3D printers, which are sourced from Konica Minolta, are being used to print new ones, saving time and money for plants that otherwise would need to wait for them to be manufactured elsewhere. Similarly, printed parts can be used as a stopgap until manufactured parts have been delivered, ensuring that work continues smoothly.

“This 3D printer is at a whole other level. It’s really exciting to see what this will mean for the future of replacement parts at meat processing plants,” said Brian Armstrong, Draftsperson and Project Support Officer at the Casino Food Co-op in Northern Rivers NSW, which has one of the new printers.

“We have already printed a ‘gear’ which is the size of a dinner plate. It is being used currently in a very harsh environment taking a lot of weight. The gear holds big drums used for just one process we do here. We used the 3D printer to recreate the previous gear which needed replacing.”

The printers are going to be moved around the country as part of the trial and will be used at different plants as a means of testing their effectiveness.