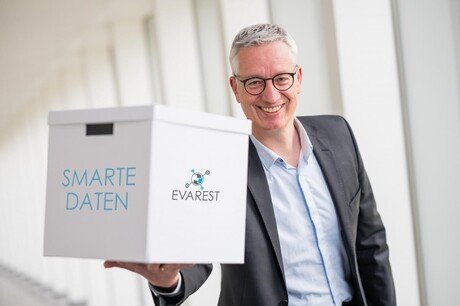 Smart data could be used by food producers to yield reliable business forecasts, according to new research.

The consortium led by Wolfgang Maaß, Professor of Business Informatics at Saarland University, showed that food producers can use the data to plan intelligently and to optimise their production processes.

This would enable a cheaper and more environmentally friendly production process that only uses the required quantities.

Maaß said food production generates vast amounts of data, but most of it goes unused.

“Using our data platform, we can identify and establish relationships between production data sets. Once these data sets have been linked, analysed and evaluated, they can provide concrete recommendations for action whenever key production decisions need to be made,” he said.

What is next year’s harvest of cocoa beans or strawberries going to be like? When should we place an order and how much should we buy? How many sausages will be sold in November? How are commodity prices for grain, olive oil or meat going to develop and what quantities are going to be available and when?

Food producers who have reliable answers to these questions can anticipate future demand and plan their production capacity more precisely. This can mean, for example, controlling production volumes so that they avoid overproduction at certain times of the year.

Maaß said he sees huge potential in the data platform, as it will attempt to answer such questions.

“Food production generates almost one-third of global greenhouse gas emissions. At the same time, millions of tons of food are destroyed every year. That damages the climate and results in higher costs. Data-driven predictive production planning offers producers the opportunity not only to invest in their public image, save costs and generate revenue through data production, but also to protect the climate.”

While the individual data sets are essentially just columns of numbers and of little predictive value, when taken together, the vast database can offer valuable operational insights.

Maaß said the point of the exercise is not to disclose legitimately confidential industrial secrets or the operational know-how that makes a product unique.

“The data we use is anonymised operational data of the sort that accrues during production, such as sensor data, statistical information or data on quantities or volumes.”

By establishing a data marketplace, Maaß and his research team want to use this new level of data transparency to create additional revenue streams for producers and manufacturers.

“Companies retain ownership and control of all of their data, but they can use the Evarest platform to offer some of their data for sale to third parties. With daily transactions totalling billions of dollars on the international goods and commodities markets, the value of these data products is correspondingly high,” Maaß said.

Electronic contracts provide legal security in terms of precisely what and how data can be used, so that the data owned by each producer is safeguarded from misuse and from being used or transmitted inadvertently.

“We want to help food data acquire its own intrinsic value and to make it into a tradable commodity.”

Companies that make their data available to the Evarest platform can not only transform production data into an additional source of revenue, they can also help build a system that benefits stakeholders.

“The more data we have available, the more effective we can make production and transport processes, we can also explore and analyse market potential and can uncover early on any market constraints or barriers that may be operating,” Maaß said.

The data platform that the research team has developed enables food producers to retrieve information that is fact-based and sector-specific. The synopsis and the recommendations generated by the system provide users with an array of parameters that can be adjusted to optimise their production processes.

When a producer is interested in a specific question, the platform draws on a broad range of data from a diverse array of relevant sources. This includes sensor data from the producer’s own manufacturing and transport operations, general data such as weather forecasts or price indices, and plant or equipment data from other companies.

Using artificial intelligence, machine learning algorithms and digital technology, the data is automatically processed and linked, which involves analysing the production data from a particular company, comparing it with data from other producers and then combining the results with the outcomes from other analyses.

The product will be displayed at the Hannover Messe digital trade fair, which runs from 12–16 April.