Salmonella, E. coli, botulism or lead in your Halloween lollies? 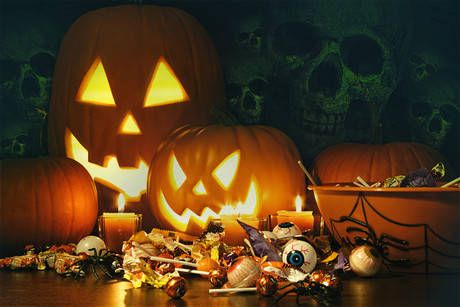 In California neither Salmonella nor E. coli nor botulism is the leading reason for health alerts in confectionery. Not only is lead responsible for the largest number of health alerts, there have been more alerts for lead than the other three contaminants combined.

Researchers at UC San Francisco and the California Department of Public Health (CDPH) looked at the top sources of foodborne contamination in confectionery. Prior to 2006 the CDPH did not routinely test for lead contamination, but in 2006 a surveillance program which included lead was mandated.

This recent study shows that in the six years before the law went into effect — from 2001 to 2006 — just 22% of the alerts about food contamination involved lead in confectionery. Once the program was implemented, however, 42% of the food contamination alerts issued by state health officials were for lead in confectionery — nearly all of it imported — which was more than the total for Salmonella, E. coli and botulism, according to an analysis of alerts issued between 2001 and 2014. California considers lollies with lead levels in excess of 0.10 ppm to be contaminated.

As many as 10,000 Californian children under the age of six are poisoned by lead each year, and 1000 of them are exposed to very high levels of the toxic metal. Most efforts to reduce exposure focus on the lead found in gasoline and industrially contaminated soil, as well as lead-based paint, which children take in when they eat paint chips or breathe in dust. But after several high-profile poisoning cases, the California legislature passed a law requiring the state health department’s Food and Drug Branch to increase surveillance of lead in candy and to issue health alerts when levels were high.

As a toxic heavy metal, lead can cause developmental delays, neurological damage, hearing loss and other serious health problems in young children and adults. The study found that active community monitoring can identify lead in food products such as candy, so they can be recalled before too many people have eaten them. Without such testing, health investigators must wait until after children have been poisoned to look for the sources, which is especially difficult when the source is as perishable as candy.

“With this policy change, identifying lead sources is more upstream and community based,” said Margaret Handley, PhD, MPH, a professor of Epidemiology and Biostatistics at UCSF and the first author of the study. “By testing candy and issuing alerts when foods are found to be contaminated, we can identify and remove sources of lead before children become poisoned.”

Over the 14-year study period, state public health officials issued 164 health alerts for food contamination. Of these, 60 were lead related and 55 of those were for imported food, mostly candy from Mexico (34%), China (24%) and India (20%). Two alerts were issued for imported foods that were not candy: one for a toasted grasshopper snack called chapuline, the other for spices.

The study was published in Environmental Health Perspectives.