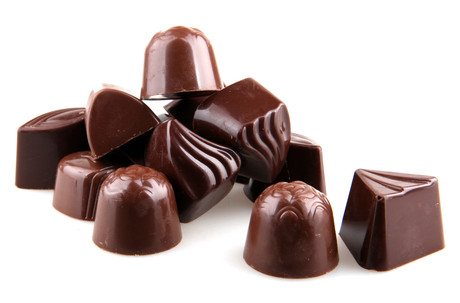 Predictive maintenance extends the service life of production systems and components, supports reliable operation, increases productivity and improves cost-effectiveness. This is especially true for the moulds in the machines. They normally experience extensive wear and have a non-trivial impact on production costs. These were the reasons behind the choice at Switzerland-based Max Riner AG to optimise the use of its injection moulds with Mold ID from Balluff.

Predictive maintenance extends the service life of production systems and components, supports reliable operation, increases productivity and improves cost-effectiveness. This is especially true for the moulds in the machines. They normally experience extensive wear and have a non-trivial impact on production costs. These were the reasons behind the choice at Switzerland-based Max Riner AG to optimise the use of its injection moulds with Mold ID from Balluff.

Mold ID is a standalone system that can be easily adapted to each machine without having to interact with the control system, enabling condition-based maintenance via industrial RFID technology.

The injection moulds used in manufacturing plastic parts are usually very complex and expensive. They are subject to wear and contamination and require regular care, cleaning and maintenance. Amid all of these factors, the regularity of inspections often depends on the experiences of individual employees or handwritten records in mould logbooks or on mould boards or Post-it notes. More advanced operations may even progress to storing records on disks, USB sticks or using databases or Excel tables to track this sort of information. Regardless of the method, real-world experience shows that records kept by hand are prone to errors and ultimately result in some degree of variance in the consistency of action. In many cases, therefore, maintenance and inspection are frequently carried out only if the produced parts no longer meet the required quality standards or if a mould malfunctions.

“Based on our experience in the industry, around 20% of moulds swapped into machines from mould storage are not properly ready for use,” Balluff Product Manager for Mold ID Ralf Pfisterer explained.

The injection moulds for producing poured chocolate moulds are subject to wear and have to be serviced regularly.

The most expensive maintenance is usually repairs after damage has been done, with the associated unplanned downtime. Since many problems recur, you can use empirical values to easily estimate when problems will reappear, provided the problems have been documented. The shot count is one of the essential measurement variables in this approach. In terms of the shot count, however, it is also important to note that empty shots during insertion also result in wear. The number of mould changes is just as important, such as for maintaining couplings and other features.

“Recording the number of mould changes by hand does not actually tend to provide a better overall picture,” explained Urs Truttmann from Max Riner AG in Rupperswil. The head of engineering for the Swiss company is referring to one of the main reasons behind the decision to use Mold ID from Balluff.

Max Riner AG has been producing all manner of poured chocolate moulds for industrial chocolate production for more than 60 years. One of the company’s exclusive products, Rilon moulds, are known throughout the world for their perfection and durability.

Moulds like this used in continuous operation on the production lines of chocolate manufacturers are ultimately made in comparatively small batch sizes of 1500 to 2000 units in most cases. This is why injection moulds for producing poured chocolate moulds have a modular structure. Master moulds with exchangeable inserts act as a base. This leads to quick and frequent mould change cycles that make disruptions quite a bit less likely.

“The moulds in particular are subjected to extensive, precisely dictated maintenance with each change,” emphasised Truttmann.

But certain things require increased maintenance effort, such as replacing hoses, lines or connecting components and lubricating mechanical components, which requires removing the master mould. This is why it is especially important to keep track of how many times a master mould has been used so far.

“Mold ID from Balluff lets us track and document this information with incredible detail,” added Truttmann.

Suitable for retrofitting onto any single machine

Mold ID makes the use of injection moulds traceable and ensures their optimal utilisation. RFID data carriers fastened to each mould are one of the core components. The BIS M data carrier family from Balluff offers a wide variety of models in terms of storage capacity, antenna shapes, installation types and other features for providing this core component. This makes it possible to institute a set-up that is perfectly tuned to the specific ambient conditions.

A SmartLight continuously shows the operator the mould status.

BIS M data carriers ensure ultrafast data transmission at 13.56 MHz and an extensive read/write distance. In addition, a shot counter is attached at a suitable place on the machine in the form of an inductive or optical sensor to measure the actual physical shot count. An RFID read/write device is installed to communicate with the data carrier on the mould inside the machine.

The central Mold ID unit with industrial PC and software is housed in a separate control cabinet. It includes a gateway to the company network and a connection for a SmartLight signal light positioned with high visibility for the machine operator, giving the operator a continuous visual indication of the current mould status.

All of the system components can be connected to the Mold ID unit with ease using plug-in connectors. This prevents improper connections and completely eliminates any chance of wiring errors. As a result, Mold ID is an autonomous system that can be retrofitted onto any individual machine, regardless of the manufacturer, age, location of the system and without any interaction with the machine control system.

The recorded production cycles and all other relevant data, including a unique mould ID, are directly and distinctly associated with the respective mould using RFID data carriers. Users can make use of mobile terminal devices for reading out the data, opting to either use a handheld device from Balluff or an Android smartphone with state-of-the-art near field communication (NFC) and the corresponding app from Balluff.

The central Mold ID unit with industrial PC and software is housed in a separate control cabinet.

Employees at Max Riner AG also use the app provided by Balluff to access mould data. Truttmann appreciates that this elegant solution individually protects the functions by providing each of them with configurable passwords.

One of Mold ID’s key features is its ability to visualise the mould status with respect to the inspection intervals specifically adjusted individually for a mould. A SmartLight signal light on the machines displays this visualisation based on the limit values defined for a mould. This can be defined individually using limit values for the number of shots before the next maintenance check and the number of shots before a warning is to be issued.

“A system can be installed on a machine in less than three hours, which is even more noteworthy because Mold ID is entirely independent from other systems. This is a benefit we really appreciate, especially because we operate machines from different manufacturers and generations.”