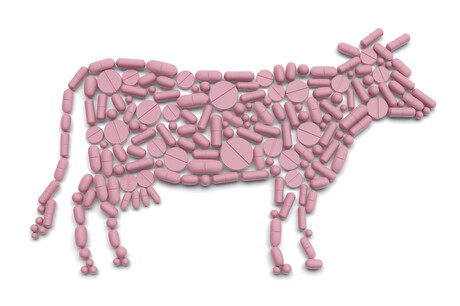 Consumers are saying ‘no’ to antibiotics in animal products, and the food and beverage production industry has been required to respond in kind.

However, Charles Yang of Thermo Fisher Scientific cautions the overuse of these medicines: “As usage has increased, we have seen an increase in antimicrobial resistance, which means the effectiveness of these drugs is being reduced in humans and animals over time.”

“This poses a real problem when these same drugs are misused to combat viruses,” he adds.

Since antibiotic residue in dairy and meat products pose significant risks to human health, the environment and animals, restrictions have been put in place for the usage of veterinary drugs in food production.

Food producers, testing laboratories, procurement managers, and quality assurance officers are being urged to take heed of the Maximum Residue Limit (MRL) that is legally tolerated in food products, in accordance with the Good Agricultural Practice, according to Charles.

The European Union (EU) and others globally are addressing MRLs as specified in EU Commission Regulation 37/2010 and EU Council Regulation 2377/90, as well as USDA/FDA guidelines.

These growing concerns about MRL regulation in food production have established the detection of veterinary drugs as an important part of food quality control.

As such, the scientific community has been working to develop increasingly accurate testing methods. But the complexity and scope of testing for low limits with such a wide variety of chemical classes can be difficult to analyse, Charles highlights.

Consequently, the team at Thermo Fisher Scientific developed the Thermo Scientific VetDrugs Explorer Collection: a multi-class analytical workflow for streamlining the screening process for veterinary drugs in the lab.

Jeff Rohrer, Director of Applications Development for Thermo Fisher, weighs in on why the VetDrugs Explorer Collection is a good solution offering for testing for very low limits in complex samples.

“When testing for very low levels in myriad compounds, our mass spectrometer will take each compound and break it up into pieces,” he explains.

“From there, it becomes like a puzzle. The way a mass spectrometer breaks things up will help determine where it came from. If there are two compounds that look the same and one breaks into four pieces, instead of three, from there, you can determine what it is.”

“The VetDrugs Explorer Workflow encompasses everything that is required; from sample preparation to final reporting for over 160 veterinary drugs using liquid chromatography-triple stage mass spectrometry (LC-MS/MS) and a rapid sample preparation procedure based on the acronym QuEChERS: Quick, Easy, Cheap, Effective, Rugged, and Safe,” says Charles.

“The idea is to convert complex sample prep into a simple, optimised workflow that reduces matrix co-extractives and results in enhanced sensitivity in electrospray ionization LC-MS/MS, thereby allowing for data and results that can be easily analysed and reported on,” he concludes.

The Thermo Scientific VetDrugs Explorer Collection includes everything you need, from standards to software. Get in touch with us to find out how to optimise your workflow and streamline the screening process for veterinary drugs in your lab.

Magnesium hydroxide is much better than caustic soda or lime for treating wastewater. Why...

Moffat is pleased to present a unique range of cooking, pumping and blast chilling equipment for...

Both primary and secondary food processing are advancing in leaps and bounds, and the future of...

Huntsman Telescope to help discover the fate of the Milky Way

AMRs in warehouse and industrial environments