Seasonal eating: how the weather makes us fickle

It makes sense that the weather influences the food we choose. But it seems it can also influence the food we think we like.

New food preference and consumption data from Roy Morgan Research demonstrates that when the weather turns warm, not only do we stop eating soup, we change our minds about whether we enjoy it.

The chart below illustrates the seasonality of both salad and soup consumption, with noticeable swings in line with changes in season. Soup consumption is particularly affected: since 2010, around 45% of Australians ate soup during an average week in its peak July to September winter quarter. But come summer, soup consumption more than halves to just 20% on average.

Seasonal trends in liking and eating soups and salads 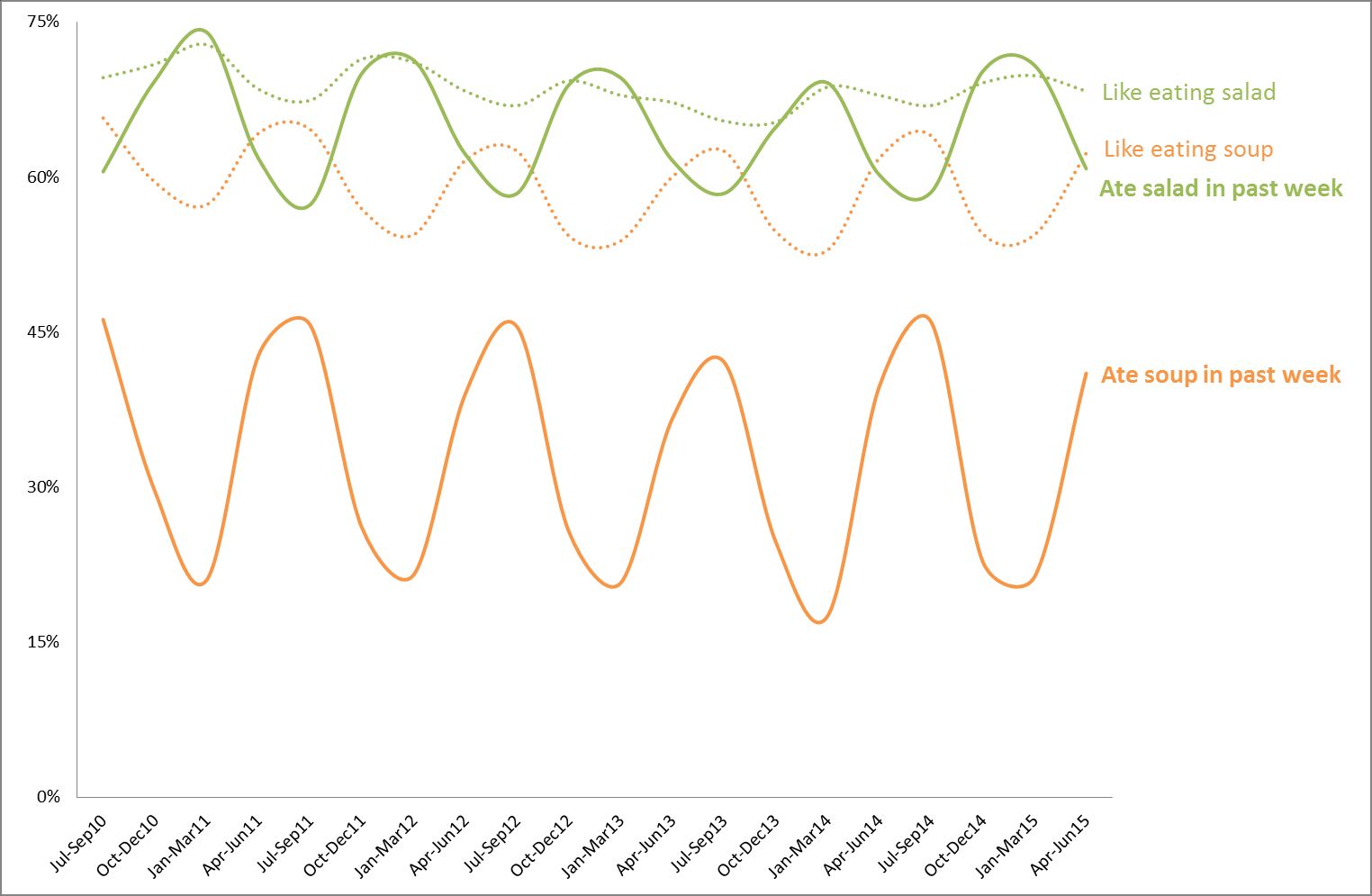 Salad also has seasonal ups and downs, but swings less than soup: around 70% of us eat salad during peak summery weeks in January to March, but consumption stays up around 60% in the off-season.

But while seasonal consumption of hearty soups and crisp salads is perfectly logical, there’s also an equivalent cycle for our general food likes — and here soup is also hardest hit.

In peak salad-eating weather each year, around 70% of Australians agree they like salad, the same proportion as eat it. By winter, salad-liking has dipped only marginally — much less than the drop in consumption. So even though they’re less likely to eat salad when it’s chilly, most remember that they actually enjoy it.

For soup, however, many Australians appear to simply forget about it once the sun’s out. While almost two-thirds of respondents agree they like soup in winter, six months later only a bit more half of them admit they like it.

Andrew Price, general manager – consumer products, Roy Morgan Research, said, “Since 2010, up to three in 10 Australians 14+ bought soup in an average four weeks during the winter season July to September. This quickly drops to as low as 1 in 8 from January to March.

“But of course soup doesn’t have to be hot (just as not all salads are cold). Perhaps there’s a gap in the market and on the shelves for supermarkets to stock some spicy gazpacho, vichyssoise or chilled borscht over the summer.”