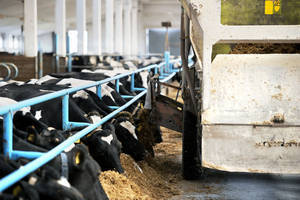 The increased use — and abuse — of antimicrobial medicines in both human and animal health care has contributed to an increase in the number of disease-causing microbes that are resistant to medicines traditionally used to treat them.

The significant risk to human health posed by antimicrobial resistance (AMR) and its connection to and impact on agriculture was discussed at a high-level UN event on 21 September in New York. The Food and Agriculture Organization of the United Nations (FAO) has pledged to help countries develop strategies for tackling the spread of antimicrobial resistance in their food supply chains.

In addition to public health risks, AMR has implications for both food safety and food security and the economic wellbeing of millions of farming households across the globe. FAO’s Action Plan on Antimicrobial Resistance highlights four key areas for action in the food and agriculture sphere:

The organisation is aiming to help governments put in place national strategies for tackling AMR and AMU in their food and agricultural sectors by mid-2017.

AMR in food and agriculture

With demand for animal-sourced food products projected to grow steadily over the coming decades, FAO predicts the use of antimicrobials will continue to rise. An international study published by the US National Academy of Sciences estimated that two-thirds of the forecast future expansion of antimicrobial usage is expected to occur within the animal production sector, with use in pigs and poultry set to double.

FAO believes the fundamental way to address AMR in food and agriculture is to ensure that farm and food systems adhere to best practices for hygiene, biosecurity and animal care and handling.

Another key need is the lack of a global, standardised approach to data used to track the use of antimicrobials in livestock. The UK-government’s O’Neill commission report found that only 42 countries have such systems in place. Risks from AMR in agriculture are higher in countries where laws, regulations and monitoring systems are weak.

The FAO-WHO Codex Alimentarius Commission, which sets international food quality and safety standards, has laid the foundations for food safety control authorities to tackle antimicrobial resistance in food via a range of standards on AMR, veterinary drugs and their residues, food hygiene and animal feed. Codex recently established a dedicated AMR task force.

Nestlé must rename its plant-based burgers sold in Europe, after a Dutch court granted an...