Who drinks the most? 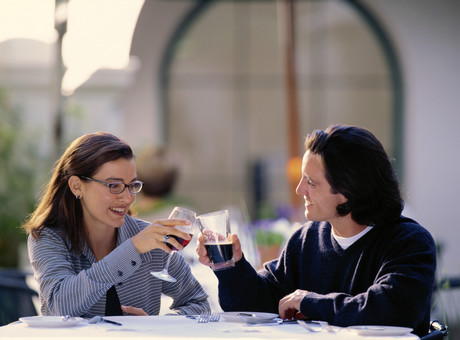 Is it the Germans, the Irish or the Danish who are the largest drinkers in Europe? Actually, it’s the rich.

Comparing alcohol consumption across different regions and countries is quite difficult as people in different countries have different drinking habits — and the types and quantities of alcohol sold and served vary considerably. What is needed is a common denominator with questions that would be interpreted the same way in all the countries.

Norwegian University of Science and Technology (NTNU) researchers solved this challenge by developing a number of ‘showcards’ — cards that illustrate various types and amounts of alcohol. Survey participants could use the card illustrations when they reported how much they drink during a given period. The cards show, for example, what is considered a large and a small glass of wine, and the difference between a pint and a half-litre of beer and a bottle or can of beer.

“We developed different cards for each country. We were able to convert people’s responses about their drinking habits to the number of grams of alcohol,” said Terje Andreas Eikemo, a professor of sociology at NTNU and leader of the research group CHAIN.

Collaborating with colleagues from more than 40 European countries, the team developed a questionnaire tailored to the drinking habits in each geographical area by using cards that illustrated alcohol units, plus information on the types and quantities of alcohol sold in different parts of Europe. The survey responses were then converted to the number of grams of alcohol.

The survey is part of the European Social Survey, a large population study conducted every two years in around 30 European countries. A research group in NTNU’s Department of Sociology and Political Science conducted the part of the survey that deals with people’s health and lifestyle, including their drinking habits.

The survey results show that alcohol consumption in European countries varies widely. Men consumed almost twice as many units of alcohol as women, and women in Israel and Central and Eastern Europe drink the least.

The Irish drink the most overall. Binge drinking is most widespread in Portugal, with Britain in second place. Southern Europeans drink more wine, while beer is popular in the north.

In the Nordic countries, the Danes top the list for highest alcohol consumption overall, and weekend drinking binges are the most common among Norwegian men.

According to Eikemo, the cooperation between social science and medical research groups in this study has provided researchers with unique data on public health in Europe.

“Researchers in these fields haven’t worked together much. Now, for the first time, we’ve been able to combine questions about living conditions, work, education and lifestyles with specific health incidents,” he said.

“In the past, we could say for example that drinking alcohol and smoking affect people’s health. Now we can go farther back in the causal chain and identify where measures should be taken.” He said that the European Social Survey confirms what scientists have known about social status and alcohol use: people who are well off drink the most.