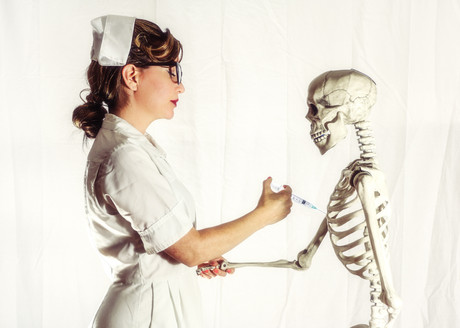 Malnourishment is rife in Australian hospitals and healthcare facilities and a significant contributor to medical care costs. As affordability becomes a bigger and bigger priority in Australian health care, there is an urgent need to address this ongoing issue and ensure that medical nutrition therapy plays a critical role in patient care.

The decline in the nutritional status of patients can be attributed to many factors:

One solution would be to document patients’ food intake in a similar way to how their drugs are monitored and recorded. This way missed meals and difficulty accessing the meals could be noticed and addressed. Making patient nutrition an integral part of their treatment, and recognition of its importance by the entire team looking after the patient, would also be beneficial.

A recent US study found that optimising nutrition care for malnourished patients in hospital can reduce 30-day readmission rates by 27% and average hospital stays by almost two days.

In the Abbott and Advocate Health Care study two versions of a nutrition care program — basic and enhanced — were implemented at four Chicagoland hospitals.

More than 1200 ‘at risk of malnutrition’ adults were followed. When compared to the hospitals’ previous readmission rates and lengths of stay for malnourished patients, researchers found that using either of the nutrition care programs had an impact, on average, of:

This study has built on existing research that confirms nutrition can be a simple, cost-effective tool. While nutrition screenings are considered standard-of-care in the hospital, not all use a validated screening tool or implement treatment immediately if someone is considered at-risk. Additionally, when people leave the hospital, many times they do not receive education or follow-up to ensure they are following a nutrition plan to aid their recovery.

Hospital admissions for malnutrition in the UK

In Britain the Department of Health (DoH) recently reported a 44% rise in UK hospital admissions related to malnutrition over the past five years. The number of bed days accounted for by someone with a primary or secondary diagnosis of malnutrition rose from 128,361 in 2010/11 to 184,528 2015/16. 57% of the patients involved were women with 42% aged over 65.

As a society there really is no excuse for us failing to ensure that older people are able to eat enough food, of the right quality, to stay healthy, yet the National Association of Care Catering found that only 48% of local councils still provide Meals on Wheels, compared to 66% in 2014. Apparently 220,000 fewer people were receiving Meals on Wheels in late 2014 than in 2010 and this downward trend has continued.

Increasing poverty is resulting in malnutrition across all age groups, not just the elderly. Recent figures by the Trussell Trust, an anti-poverty charity, report a huge uptake in emergency food supplies between April 2016 and September 2016. Across the UK, they distributed 519,342 three-day emergency food supplies to people in crisis, and of these, 188,584 went to children.

Dietitians should take centre stage as they can ensure nutrition is an ongoing component of a patient’s health care, that it’s discussed and addressed from the time of admission and hospital stay to discharge and outpatient follow-up. By working collaboratively with doctors, nurses and other healthcare practitioners as part of an interdisciplinary healthcare team, dietitians have the opportunity to not only increase awareness of hospital malnutrition but also improve patient outcomes.

Currently nutrition screening is not routine practice in many Australian hospitals. Three different methods are used to determine the nutritional status of patients:

The adoption of a single, gold standard nutrition assessment tool that could be used across all healthcare facilities would make diagnosis, documentation and treatment simpler.

In 2009, the Dietitians Association of Australia (DAA) released endorsed Evidence Based Practice Guidelines for Nutritional Management of Malnutrition in Adult Patients across the Continuum of Care. The guidelines provide an evidence-based framework to standardise practice with six key points highlighted:

The role of the food provider

While dietitians play a key role in identifying malnourished patients and those at risk of becoming malnourished, the food preparers can also play a vital role in providing ‘food as medicine’.

The meals served must not only meet the nutritional needs of patients but they must be served in a manner that makes them attractive and easy to eat.

Anecdotally, I hear that many doctors try to avoid rounding during meal times because they have to spend so much time opening patients’ heat-sealed drinks and then cleaning the resultant spills. I know this method of sealing beverages is good for food safety, shelf-life extension and leak resistance, but if it prevents frail patients actually accessing their drinks it is a failure. Just providing a straw and straw access point would help.

The food itself must be what the patient can and will eat. Frail and vulnerable patients are unlikely to want to step outside their usual diets to eat cuisines that are unfamiliar to them. Equally, the food must look attractive — no-one want to eat plonks of mush. Moulding pureed foods to resemble the original product is known to increase its acceptance by consumers.

It is time for the foodservice providers to step up and help relieve the scourge of hospital malnutrition.