Technology extends the shelf life of bread by three weeks 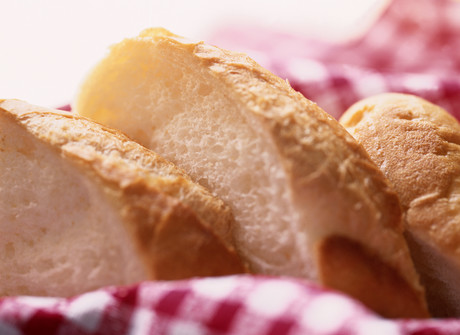 Antimicrobial packaging solutions that improve food safety and reduce food waste are on the near horizon.

The EU-funded NanoPack Project aims to develop and demonstrate antimicrobial packaging solutions for perishable foods based on natural nanomaterials that will prevent foodborne illness outbreaks and reduce food waste caused by early spoilage. The active polymer films developed by NanoPack exhibit broad-spectrum antimicrobial properties unmet by existing state-of-the-art materials, which include currently used nanomaterials such as silver particles, which have raised health concerns of toxicity and microbial resistance.

The project is using natural halloysite nanotubes (HNTs) to reliably and safely carry bioactive compounds which are unable to migrate from the food packaging into food. Minute amounts of potent, volatile and broad-spectrum natural agents are released from the HNTs into the packaging headspace. Using nanotechnology like this enables:

A first round of antimicrobial efficacy tests has demonstrated the NanoPack film’s ability to inhibit mould growth on food-additive free bread. Breads that were inoculated with relevant-mould spores and packed with NanoPack’s innovative film had no mould growing for up to 27 days post packaging — effectively the film has extended the shelf life of bread by three weeks.

“The tests results confirmed the ability of our antimicrobial packaging solutions to significantly extend shelf life, improve food safety and reduce food waste,” said NanoPack’s coordinator Ester Segal, associate professor at the Technion-Israel Institute of Technology. “We are currently getting ready for the second round of testing with newer and more sophisticated film formats to expand these promising results to other perishable foods and further improve performance.”

NanoPack, which is led by the Technion – Israel Institute of Technology, is funded as part of HORIZON 2020, the EU Framework Programme for Research and Innovation.