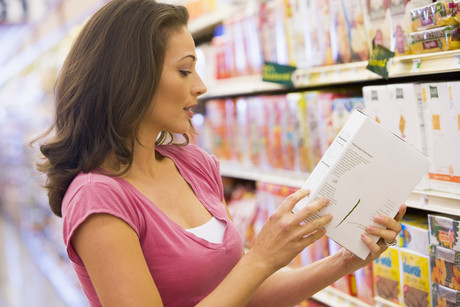 It has long been known that popular foods such as frozen pizza, hamburgers and potato chips are unhealthy for you, but many consumers do not take into account sodium levels.

A diet that is high in sodium can lead to negative health effects including high blood pressure and heart disease. According to the Food and Drug Administration, no more than 2300 mg of sodium should be consumed per day, but 90% of Americans are already exceeding this limit.

While stricter regulations on food labels have been introduced to inform consumers about their nutritional choices, researchers from the University of Georgia (UGA) have suggested that these are not effective in lowering the consumption of sodium.

“Currently we don’t know which interventions are most effective to reduce sodium intake in the US population, and the Nutrition Labeling and Education Act is the only policy in the US focusing on informing consumers about sodium content on most packaged foods,” said Donglan “Stacy” Zhang, assistant professor of health policy and management at UGA’s College of Public Health and lead author on the study.

Food labels present a range of information including calorie intake, carbohydrates, proteins and fats, but this can overwhelm consumers and distract them from important nutritional information such as sodium.

Published in the American Journal of Preventive Medicine, Zhang used two consumer behaviour datasets from the National Health and Nutrition Examination Survey to examine the link between regularly reading nutrition labels and consumption of high-sodium foods.

They found that individuals who regularly read nutrition labels consumed 92 mg less sodium per day than infrequent nutrition label users. But taking into consideration that, even with the reduction, they were still consuming far more sodium than is recommended (around 3300 milligrams), this suggests that the labels only had a small impact on consumer behaviour.

Zhang also found that the results were dependent on factors such as age, gender and socioeconomic groups. While older adults and women were more likely to use nutrition labels, consumers with a low income were less likely to use them. However, their choices may be motivated by monetary value as opposed to nutrition.

“We suspect that low-income people are more concerned about other variables such as food prices or convenience,” she said. “Those other competing variables may be more important to them than nutrition values in their food products.”

Therefore, Zhang suggested that perhaps making labels more accessible for those who are less educated or non-English speakers could help reduce sodium intake. For example, visual or colour-coded designs, like the traffic light model used on food packaging in the UK, may overcome low literacy.

“We need more research in this area, how to better design the label and how to best get this information to consumers to guide their decision-making,” she said.

Zhang noted there were a number of limitations in the study, including dietary attitudes and other health factors that may have influenced the results. But since the study found that sodium levels were at least slightly decreased for those who read nutrition labels, she suggested that labelling could be paired with other interventions to produce better results. For example, interventions that increase nutritious food choices for low-income consumers may help reduce their sodium intake.