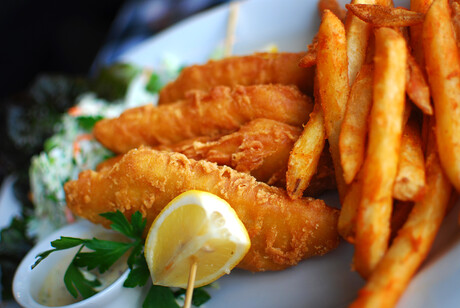 Marine conservationists say that threatened and endangered fish species are ending up on our dinner plates in Australia, following a University of Queensland study, which highlights that endangered species continue to be fished in oceans around the world despite being threatened with extinction.

“This study highlights the huge problem with accurately tracing the seafood served up to us in restaurants and fish ‘n’ chip shops here in Australia. When you order seafood to eat, there’s no law for the restaurant to accurately label where it’s from or what it is, and that information can be difficult for a restaurateur to obtain. This greatly impacts your ability to make informed, sustainable choices,” said Meder.

“The issue could be fixed in Australia with more effective environmental laws. Why would we import critically endangered species and eat it at all, when there are so many sustainable local alternatives, caught by Australians who could use the support?

“For species like the blue warehou, which is listed as ‘conservation dependent’ under our environmental laws — meaning it can still be fished despite being a critically endangered species — there have been two recovery plans but neither have apparently resulted in any recovery of their stocks. They continue to be caught and sold.

“We need recovery plans under the EPBC (Environment Protection and Biodiversity Conservation) Act to have targets which are monitored and actually met before this species can be fished again.”

Meder said critically endangered species like the school shark are being imported from South Africa and sold as flake at fish ‘n’ chip shops in Australia.

“Some of the species highlighted by the study are critically endangered like the rhino. And we wouldn’t hunt, trade and consume these so openly like we do with marine creatures. I reckon Australian seafood lovers would be horrified to think they were eating seafood in the same category of conservation concern as a rhino, when they could so easily be offered a sustainable choice.”

Meder said Australians could refer to AMCS’s sustainable seafood guide, GoodFish, to guide more sustainable seafood choices at home, in restaurants and at the fish ‘n’ chip shop. “And if a better choice is not on offer, ask them to get some in,” he added.