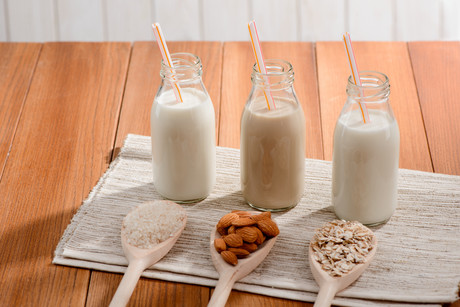 Minister for Agriculture Bridget McKenzie said the National Party would push for accurate labelling of food and drink products in order to protect the reputation of Australian milk, meat and seafood.

The Minister’s action follows requests in July from the Australia Dairy Farmers (ADF) wanting to put a ban on plant-based products using the term ‘milk’ on labels and in marketing.

“Our dairy and cattle farmers invest heavily in meeting consumer demands and in promoting their products as safe, natural, nutritious and delicious. I’m all for growers of non-meat protein doing the same — in an upfront way for consumers.

“But at the moment, there’s ambiguity and, I would suggest, deliberate attempts by some of these plant-based protein manufacturers to trade on the good, honest work of our meat producers or our milk producers.”

The push for accurate labelling would align the Australian dairy, meat and seafood industries with other countries. Minister McKenzie noted that since 2013 the European Union has designated that ‘milk’, ‘cheese’ and ‘butter’ can only be used in products derived from animal milk. In 2018, France outlawed products that predominantly use non-animal ingredients from labelling them as ‘vegetable steak’ and ‘soy sausages’. And in the US, the Food and Drug Administration has signalled its intent to enforce existing regulations that define milk as an animal product because of concerns that claims on plant-based products could lead consumers to believe those products have the same attributes as dairy. In August 2018 the US state of Missouri banned plant-based products and cultured-meat from using the word meat. States including Nebraska, Wyoming, Tennessee and Virginia are considering following this lead.

The National Party Minister said she would ensure that the issue is on the agenda for the next meeting of the Australia and New Zealand Ministerial Forum on Food Regulation later in the year.