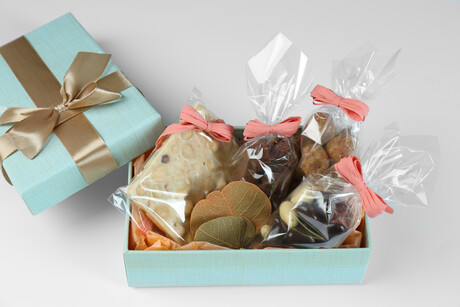 Australia Post’s announcement to stop food deliveries on some perishable goods from 30 June will remove a vital transportation link in the supply chain of many small-scale food producers.

It also displays the complex relationship between producers, distributors and regulators that all have a stake in what is perhaps Australia’s most essential network — the cold food chain.

The move by Australia Post will likely put small businesses in a precarious position as many switched to sell products online throughout the pandemic. Its own research found that food and liquor was the leading e-commerce category, with year-on-year growth to the end of March reaching 77%.

The government-owned postal service said it had made its decision due to the complex food safety and regulatory requirements differing across states and territories about the transport of certain foods destined for consumption.

The cogs of the food cold chain

The Australian food cold chain is the system that facilitates the transportation of food from farms to tables. The scope is huge — passing through 23 million tonnes of food worth $42 billion in 2018 alone, according to a cold food chain waste study prepared for the department of Agriculture, Water and the Environment and Refrigerants Australia.

Given the vast distances needed to truck, train or fly food across Australia, it is understandable that some of it goes bad along the way.

But the study found it could be better, with its preliminary and conservative estimates putting the cost of food waste within the cold food chain at $3.8 billion.

“Food waste in Australia is often due to poor temperature management,” the research said.

“The greatest risks for perishable food occur during transportation and handling between mobile and stationary refrigeration points when there are sometimes huge temperature variations between truck or trailer, loading docks and storage facilities.”

Some states and organisations offered up stringent regulations to counter this problem. The South Australian Freight Council, for example, published this checklist to ensure all cogs in the food cold chain are on the same page.

Quite rightly, the checklist points out there is a “need for all players in the logistics chain to understand each other’s role and function and to improve communications”.

Snapping the link in the chain

Unfortunately, according to Australia Post, this has not happened on a national level, prompting the organisation to leave the food cold chain.

It becomes clear that the vulnerable link between Australia’s primary distribution network and the various bodies that regulate the movement of Australian food finally snapped.

On the one hand, regulations are needed to ensure the efficient and safe movement of perishable goods. However, grappling with conflicting regulations between states proved to be too much for Australia Post.

“We understand the impact of this decision on many producers, and we are currently working with our customers and industry regulators to determine a path forward,” Australia Post said in a statement.

“This includes meeting with food safety regulators and health authorities to discuss the regulations imposed on Australia Post.”

The accord offers signatories guidance on how to best and most efficiently implement traceability...

'Fitbit for the face' turns masks into monitoring devices