The Laïta dairy cooperative in north-west France prides itself on creating mutually beneficial relations with the 4000 dairy farms from which it collects its milk, as well as ensuring the wellbeing of its 2400 staff.

At its Créhen plant, the cooperative produces the Madame Loïk range of whipped cheese. For this range, tubs are hot filled and then cooled by going through a cold room. Historically, the tubs were transferred from the filler to the cooling unit by hand.

Laïta needed to increase production to cope with growth in demand. However, accelerating the manual transfer of tubs onto the racks was discarded as a solution as the task was identified as being repetitive and unergonomic.

Automation was the best solution, but offered challenges, including:

During the project, the logic of automating a second line became apparent for Laïta. This new approach would reduce the arduousness of the manual work on both lines, and it was more cost effective to invest in one unit with two product infeeds to manage both of the high-speed lines in the factory.

After filling and sealing, a Cermex Pal-Vite 410 two-station robotic unit now palletises the cheese tubs layer by layer. It manages the infeed of products on two lanes, coming from the filling machine of each line. The maximum speed is 15,000 tubs per hour and the robot can handle up to four different heights of tub, with the possibility of handling two different heights simultaneously. 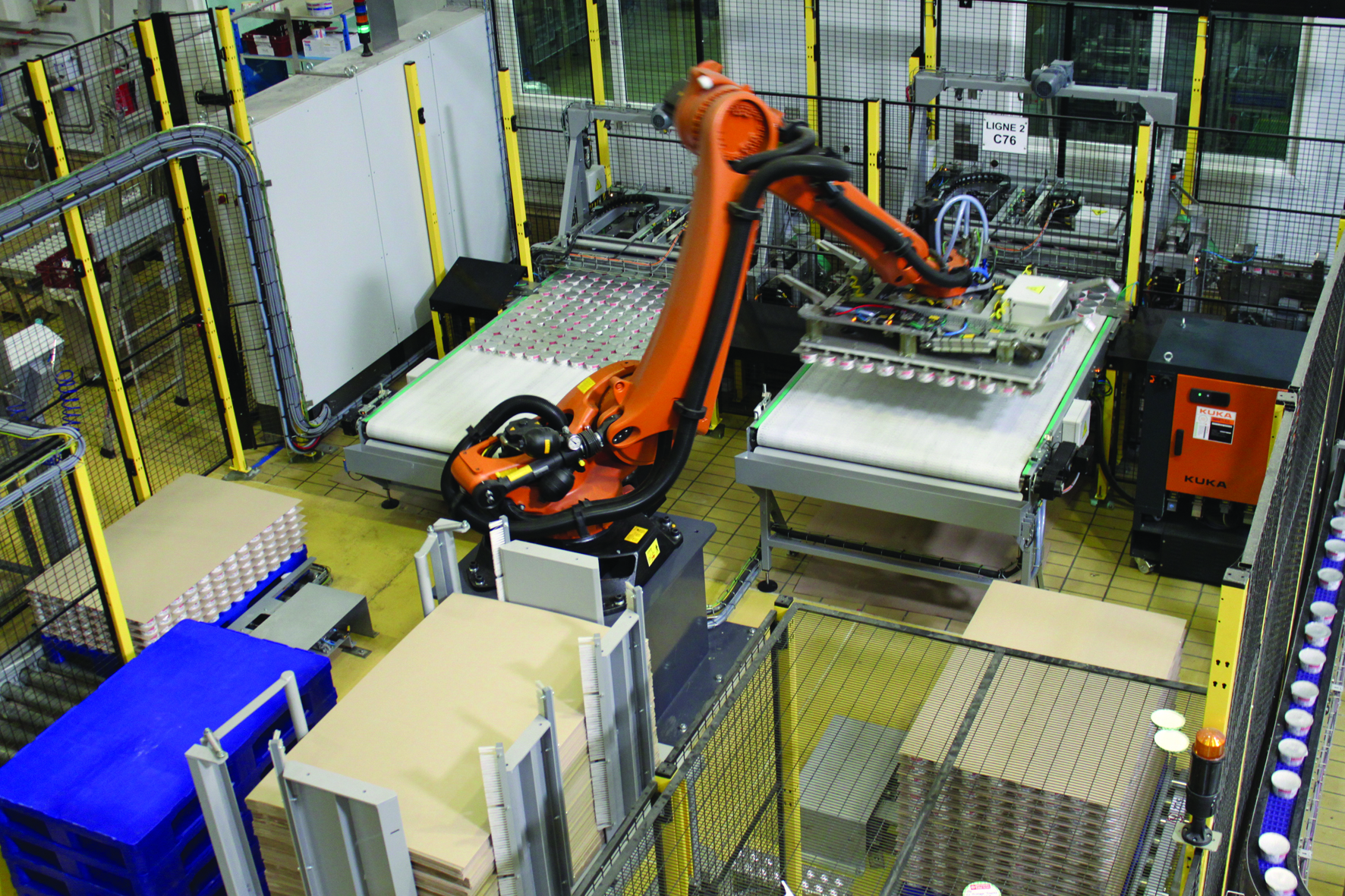 The unit ensures individual and contactless product handling up to gripping in four stages:

The gripping tooling equipped with 96 suction cups enables a whole layer to be palletised in one go. Compared with the previous manual solution, the product accumulation capacity was tripled.

Gilles Meurou, head of Laïta’s fresh product division, said: “We have managed to increase output very significantly as well as eliminate two zones where tasks were particularly repetitive and potential sources of musculoskeletal disorders. We are really satisfied with this solution that is entirely in tune with our values focused on performance while protecting employees.”

Benefits for production and for maintenance:

The HGX44e CO2 range of compressors is suitable for industrial low-temperature...

Enmin's range of EMA drives are suitable for the food industry, using a...

Enmin's range of controllers is suitable for all types and brands of vibratory equipment.