Would you like some vitamin D with your toast? 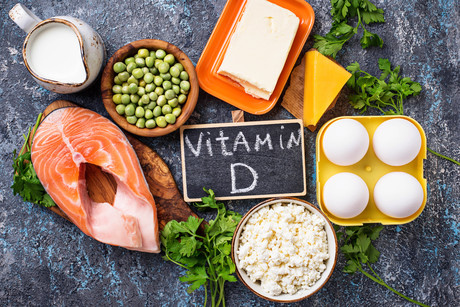 Published in the European Journal of Clinical Nutrition, the research was led by the University of Birmingham’s Institute of Applied Health Research and Institute of Metabolism and Systems Research.

Vitamin D is essential for skeletal growth and bone health, but dietary sources are limited. The main natural source is through exposure of skin to sunlight. However, sunscreen use, air pollution, indoor lifestyles and wearing full-body clothing can all reduce exposure to sunlight and lead to vitamin D deficiency. This can lead to rickets, soft bones, bone pain and muscle weakness.

Many countries have adopted policies to increase their population’s intake of vitamin D. In the UK, multivitamin supplements containing vitamin D are recommended to all children aged up to four, pregnant women and breastfeeding mothers, and are provided free of charge to those in low-income households. In addition, infant formulas and spreadable fats are fortified with vitamin D. Other foods, including breakfast cereals and milk substitutes, are commonly fortified.

Dr Magda Aguiar, who carried out the research at the University of Birmingham, said: “While both supplements and fortified foods are important sources of vitamin D for the UK population, evidence suggests current UK supplementation polices are not working.”

The research concluded that fortifying flour with vitamin D would save the public purse £65 million by reducing demand for health care and treatment for vitamin D deficiency and its complications. Meanwhile, the team projected that adding vitamin D to flour could cost just 12 pence per person per year.

Dr Aguiar said that a similar national food fortification policy in Finland has reduced vitamin D deficiency from 13% to 0.6% in the population.

The Birmingham researchers’ latest analysis showed that the optimal way to prevent vitamin D deficiency would be to combine flour fortification with offering vitamin D supplements to key groups.