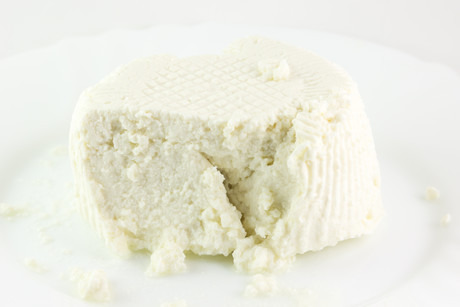 Pottery from Croatia has revealed cheese production in the Mediterranean may date back over 7000 years, according to an international team of researchers.

Access to milk and cheese has been linked to the spread of agriculture across Europe starting around 9000 years ago. Cheese is part of the Mediterranean diet, and although its production in the region was believed to date back to the beginning of the Bronze Age, around 5000 years ago, a new study has revealed production may have begun earlier.

Sarah McClure, Associate Professor of Anthropology at the Pennsylvania State University, and colleagues analysed stable carbon isotopes of fatty acids preserved on potsherds from two Neolithic villages, Pokrovnik and Danilo Bitinj, which were occupied between 6000 and 4800 BC. They found evidence of milk, meat and fish on several types of pottery throughout this period, and evidence of cheese starting around 5200 BC. Cheese residue was most common on rhyta and sieves.

Examples of pottery types from the Dalmatian Neolithic.

This suggests cheese-making in the Mediterranean region is around 7200 years old, and indicates people may have begun making cheese around 2000 years earlier than previously thought.

The researchers said traces of milk had been found in pottery in this area 500 years earlier than fermented products.

“Genetic data indicate the prevalence of lactose intolerance among early farming populations. However, young children are lactase persistent until after weaning and could consume milk as a relatively pathogen-free and nutrient-rich food source, enhancing their chances of survival into adulthood,” the study stated.

Fermentation reduces lactose content, meaning dairy products such as cheese were easy to store and could have been a reliable food source between harvests or during droughts, epidemics or famines. The researchers also said they were a good source of calories, protein and fat and would have provided crucial nutrition to early farming populations, particularly children. Therefore, they concluded that cheese production aided the expansion of early farmers into northern and central Europe.

This study, published in the journal PLOS ONE, follows the recent discovery of 3200-year-old cheese in an Egyptian tomb.