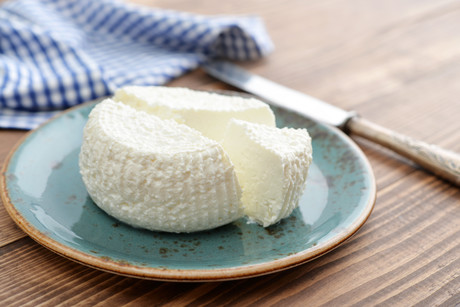 Many believe cheese gets better with age, but one from the 13th century BC may be a little too mature. Researchers have discovered what is believed to be the world’s oldest cheese from an Egyptian tomb that belonged to Ptahmes, mayor of Memphis.

“The sample was collected during the Saqqara Cairo University excavations in the tomb of Ptahmes dated to XIX dynasty,” the study stated.

Shortly after the tomb was rediscovered in 2010, archeologists found the solid white mass in a jar alongside a canvas fabric.

Enrico Greco and colleagues analysed the substance and found it was a dairy product made from cow milk and sheep or goat milk. They came to the conclusion that it was a solid cheese because the canvas fabric was suitable for containing a solid, and was likely used to preserve it.

However, they also found evidence of a potentially deadly bacteria on the sample. Brucella melitensis, which causes brucellosis, spreads from animals to people through consuming unpasteurised dairy products.

If this is confirmed, it would be the earliest reported biomolecular evidence of the disease.

“The presence of Brucella melitensis has been attested by specific peptide providing a reasonable direct biomolecular evidence of the presence of this infection in the Ramesside period for which only indirect paleopathological evidence has been so far provided.”

The study was published in ACS journal Analytical Chemistry.