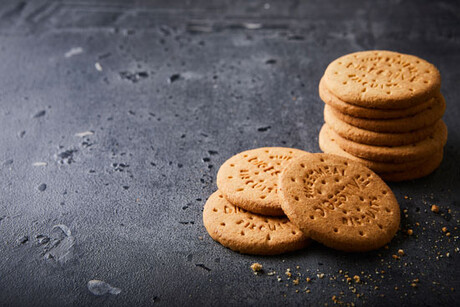 Kerry has announced that its Acryleast acrylamide-reducing yeast has received ‘organic suitable’ status in the European Union. Acryleast can be used as an ingredient in the production of organic foods such as children’s biscuits, baked goods, crackers, bread and others. Launched in 2019, it was already considered to have organic suitable status in the US as a non-GMO, clean-label yeast.

The organic market continues to see strong sales growth, with the European organic sector recording expansion of 11% (from €33.5 billion (AU$54.5 billion) to €37.3 billion (AU$60.6 billion), from 2016 to 2017. With 17% of food and drink products launched in Europe carrying organic claims, according to Mintel Insights, this category needed a suitable and effective solution for acrylamide reduction.

“Acryleast enables food manufacturers — now including organic producers — to reduce acrylamide levels in their products. The ability to apply a clean-label, organic suitable, non-GMO yeast solution is a significant milestone that will be of great interest to food producers focused on acrylamide reduction strategies,” said Mick Woulfe, VP of Enzymes at Kerry.

The ‘organic suitable’ designation for Acryleast comes at a time when the EU Commission and member states have agreed to set maximum allowable levels of acrylamide in young children’s food categories (biscuits, rusks, processed cereal-based foods, etc). The EU Commission will also begin discussions with member states about setting maximum levels for foodstuffs for other age groups, as they conduct a review of existing benchmark levels.

“The EU continues to both expand and tighten its ongoing regulatory control of acrylamide’s presence in a wide variety of foodstuffs, especially with regard to the exposure faced by children, where rulings on maximum allowable limits are expected shortly. The November 2019 EU announcement requires member states to monitor an expanded list of bakery and potato products beyond those previously designated,” Woulfe said.

These regulatory developments occur against a backdrop of updated EU-wide regulations for organic foods and beverages, set to take effect on 1 January 2021.