US tipped to give trans fat the boot 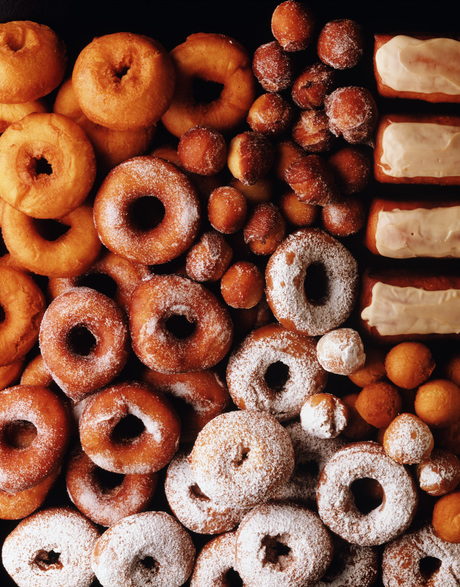 On an ever-growing list of diet demons, one ingredient attracts consensus from health experts who generally agree - trans fats are bad for you.

Created by adding a hydrogen atom to oil and changing its molecular structure, in the US trans fats can be found in everything from doughnuts to prepackaged cookie dough to boxed macaroni and cheese to microwave popcorn.

So, what’s the problem?

Research has shown that trans fat increases bad cholesterol (LDL) levels and lowers levels of the good cholesterol (HDL) in the body. That can lead to a number of problems, such as hardening of the arteries, heart attack, heart disease and stroke.

Now, almost a decade after New York banned trans fats from its restaurants, the FDA is poised to take action to phase out the remaining trans fat in the US’s food supply.

Apart from the usual chorus of libertarian bloggers who view laws designed to protect public health as an attack on their freedom, the response from public health experts is positive.

“From a public health perspective, we know it is not healthy to eat large amounts of trans fat,” said Taryn Millette, a registered dietitian at Penn State Hershey Medical Center. “A lot of countries - and some states - have taken steps to eliminate or reduce trans fat already.

“It originally came about due to the need to find an alternative to saturated fat and it quickly became a cheap and inexpensive way to add fat to foods and make them shelf-stable,” said Millette, in an article published in The Medical Minute.

In 2006, concerns about trans fats prompted the FDA to require grocery manufacturers to label trans fat on all foods that contain half a gram or more per serving. While many companies reformulated recipes, others met the mandate by exploiting a loophole in the labelling laws - changing the serving size shown on the label so the amount of trans fat per serving fell below the reportable threshold of half a gram. That also permitted them to legally label the products ‘trans fat-free’.

Where does Australia stand?

According to the Food Standards Australia New Zealand website: “Manufacturers are not required to declare TFAs on the label, although they can provide this information voluntarily. However, TFAs must be declared on a label if the manufacturer makes a nutrition content claim about cholesterol or saturated, trans, polyunsaturated, monounsaturated, omega-3, omega-6 or omega-9 fatty acids.”

It is anticipated that the FDA will remove trans fat from a category of foods known as ‘Generally Recognised As Safe’ and place it in the category of food additive, which could open manufacturers up to liabilities if they don’t find an alternative.

“Most of the food industry knows it’s bad for our health and they are trying to phase it out,” Millette said. “This is a good step because it will help a lot of people in the long run.”