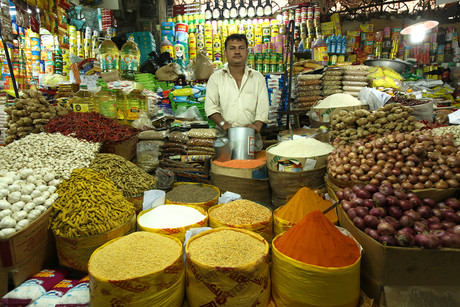 Turmeric — or more accurately, the curcumin extracted from it — is a spice commonly used throughout South Asia. The spice’s popularity has grown in recent years after being been billed for health benefits such as anti-inflammatory effects. No longer just an ingredient for curries, turmeric can even be found atop lattes in your local cafe as a trendy flavour choice.

A Stanford-led study has now revealed that turmeric is sometimes adulterated with a lead-laced chemical compound in Bangladesh, one of the world’s predominant turmeric-growing regions.

Often unaware of the dangers of lead, some spice processors in Bangladesh use an industrial lead chromate pigment to imbue turmeric with a bright yellow colour prized for curries and other traditional dishes.

“People are unknowingly consuming something that could cause major health issues,” said the paper’s lead author, Jenna Forsyth, a postdoctoral scholar at the Stanford Woods Institute for the Environment. “We know adulterated turmeric is a source of lead exposure, and we have to do something about it.”

The first study, available online in Environmental Research, involves a range of analyses, including interviews with farmers and spice processors in several of Bangladesh’s districts, which together produce nearly half of the nation’s turmeric. Many traced the issue to the 1980s when a massive flood left turmeric crops wet and relatively dull in colour. Demand for bright yellow curry led turmeric processors to add lead chromate — an industrial yellow pigment commonly used to colour toys and furniture — to their product. The practice continued as a cheap, fast way to produce a desirable colour.

The researchers did not find direct evidence of contaminated turmeric beyond Bangladesh, and they point out that food safety checks by importing countries have incentivised large-scale Bangladesh spice processors to limit the amount of lead added to turmeric destined for export. However, the researchers caution, “The current system of periodic food safety checks may catch only a fraction of the adulterated turmeric being traded worldwide.” In fact, since 2011, more than 15 brands of turmeric — distributed to countries including the US — have been recalled due to excessive levels of lead.

While these recalls and previous studies found the presence of lead in turmeric, none clearly identified the source (some suggested it might be linked to soil contamination), proved the link to blood lead levels or revealed the problem’s pervasiveness and incentives perpetuating it.

“Unlike other metals, there is no safe consumption limit for lead, it’s a neurotoxin in its totality,” said the paper’s senior author Stephen Luby, professor of medicine and the director of research for Stanford’s Center for Innovation in Global Health. “We cannot console ourselves proposing that if the contamination were down to such and such level, it would have been safe.”

The researchers now plan to focus on shifting consumer behaviours away from eating contaminated turmeric and reducing incentives for the practice. They suggest more effective and efficient drying technologies for turmeric processing. They also recommend that import inspectors around the world screen turmeric with X-ray devices that can detect lead and other chemicals.

Although few low-cost answers seem readily available in Bangladesh, the researchers suggest engaging consumers, producers and other stakeholders focused on food safety and public health could provide the seeds of a solution.

Among other goals, the team plans to develop business opportunities that reduce lead exposure. One team member is developing low-cost technologies to measure lead in turmeric, blood and other sources. Other collaborators are studying ways to shift demand and create business opportunities for lead-free turmeric.

How the coronavirus pandemic can deliver new opportunities for Australian industry