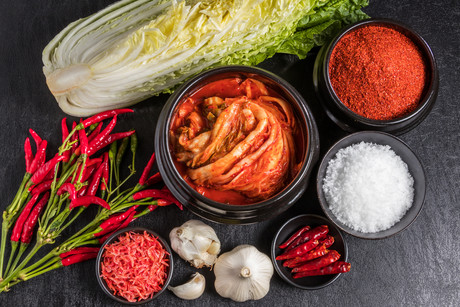 The Microbiology and Functionality Research Group at WiKim analysed the origin source of lactic acid bacteria that affected the fermentation of kimchi through multi-omics analysis, after selectively sterilising four ingredients (kimchi cabbage, garlic, ginger and red pepper) for kimchi. The analysis revealed that the fermentation was carried out by lactic acid bacteria indigenous to kimchi cabbage and garlic, not by microorganisms derived from ginger and red pepper, among the raw materials for kimchi. Findings from the study were published in the online edition of Food Chemistry.

“We’ve successfully figured out scientific grounds for the fermentation of kimchi by tracing the origin source of lactic acid bacteria involved in the fermentation. This will surely give us an opportunity to strengthen the status of South Korea as the origin of kimchi,” said Dr Choi, Hak-Jong, Acting Director of WiKim.

Kimchi fermented by kimchi cabbage-derived microorganisms showed that the strains in the genus Leuconostoc, Weissella and Lactobacillus formed dominant communities. However, strains of Leuconostoc and Weissella were dominant in kimchi fermented by microorganisms from garlic. These lactic acid bacteria were also confirmed to produce metabolites, such as mannitol and lactic acid. 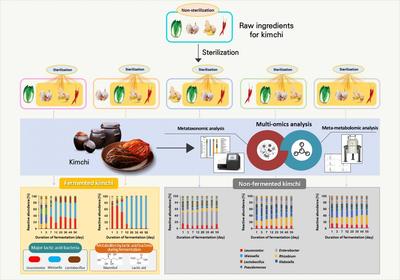 Researchers also succeeded in isolating three major fermentative microbes involved in kimchi fermentation, which are specific to the ingredients: Leuconostoc gelidum, Weissella koreensis and Lactobacillus sakei. The study confirmed that kimchi is fermented differently depending on the species of lactic acid bacteria aforementioned, by introducing them into sterilised kimchi.

The study identified the origin source of lactic acid bacteria, the determinants of the fermentation of kimchi and the fermentation characteristics by bacteria derived from each ingredient. The findings will be used as scientific data for the production of standardised kimchi.