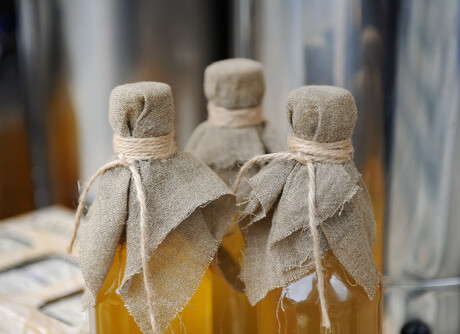 Believed to be the oldest fermented drink in the world, mead is also commonly known as ‘honey wine’ as it’s traditonally made from honey. So what on earth is mead and is it more like beer or wine?

Most people’s knowledge of mead (outside of Europe at least) is limited to Skyrim or Game of Thrones; however, this unique drink is on the rise worldwide.

Historically, the beverage has been popular amongst ancient Greek, African and Chinese cultures as they are known to have used mead in their diets as far back as 3000 BCE. It is also frequently consumed in Eastern Europe and Russia.

Today, Poland is the largest mead producer; however, the US is racing to take the crown with a new meadery said to be opening on average every three days.

In Australia, Honey Wines Australia brews mead using honey produced from its own hives scattered throughout the Hunter Region of NSW, from Toronto to Pokolbin. The company recently purchased another 50 hives to increase honey production, making them one of the busiest and fastest growing mead breweries in Australia. The honey used in their mead has been filtered but otherwise untouched, with no artificial additives.

Just like beer, mead is often flavoured with spices, fruits, hops or grains. It is generally higher in alcohol than beer and more in line with grape wine — typically anywhere from 8 to 20%. While it can be carbonated, it is more commonly still.

According to Honey Wines Australia owner Martin Jackson: “Honey wine is a very unique drink. Unlike grape wine, which is limited to a few grape varieties, mead can have almost unlimited flavours. This makes it exciting for us to bring new flavours out in the future as it is only limited by our imagination.”

Honey Wines Australia said it now has plans to open a cellar door in the Pokolbin Hunter Valley wine trail in 2021.