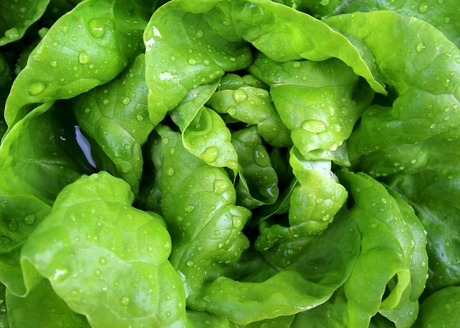 Contaminated irrigation water, animal wastes and handling by sick workers are all potential sources of viral and pathogen contamination on fresh produce. When the produce is consumed without cooking (ie, without a kill step), this contamination can result in significant foodborne illness. Incidents involving salad vegetables and sprout garnishes proliferate throughout the world.

Some researchers at the University of Illinois College of Agricultural, Consumer and Environmental Sciences (ACES) decided to look at how viruses could stick to the surface of 24 common salad vegetables. They expected to establish that the small virus particles could ‘hide’ in the rough structures of the cuticle, the waxy layer that protects the plant against diseases and reduces water loss.

They did not get the results they expected. In fact, vegetables with three-dimensional crystalline wax structures on the leaf cuticle harboured significantly fewer virus particles after rinsing. The researchers found a thousand-fold difference in the number of viral particles adhering to different types of leafy greens and tomatoes.

The researchers inoculated leafy salad greens and tomatoes with a swine virus that mimics human rotavirus, a common pathogen responsible for diarrhoea, vomiting, fever and abdominal pain. After exposing the vegetable surfaces to the virus, the researchers rinsed the vegetables twice with a standard saline solution.

“We chose 24 of the most common salad vegetables in the US and assayed them to see if there was any relationship between the morphology and chemistry of the leaf or fruit surface and the adherence of viral particles, before and after a washing treatment.

“We correlated virus adherence to roughness of the surface at different scales. We also looked at the chemistry of the proteins and waxes associated with the leaf cuticle — a waxy layer that protects the plant against diseases and reduces water loss,” explained University of Illinois geneticist Jack Juvik.

“Before this, no-one had tested the relationship between chemistry and surface texture on the adherence of virus particles.

“I was surprised,” Juvik said. “But normally, viruses adhere to oxygen groups, like OH, which are associated with proteins and carbohydrates on the surface. When the wax completely covers the surface, it becomes totally hydrophobic, which renders the whole leaf surface harder for viruses to attach to. Furthermore, rinsing those leaves with water gives the viruses the OH groups they’re looking for, so they’re easier to wash away.

“Viruses are literally everywhere, causing many opportunities for infection. But the information from this study can be used down the road to select or breed for varieties that might have the capacity to reduce adherence of these particles,” Juvik went on to say.

The researchers have already repeated the study using the bacterium E. coli, but they plan to look at even more vegetable varieties and pathogens in future studies.