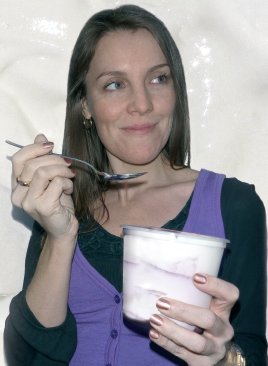 Even though the past year has seen a number of adverse influences, including the economic downturn, consumer confusion over the range of products and ingredients available and their benefits, and difficulties over claims validation in Europe, the Innova Database recorded well over 4000 launches globally marketed on a gut or digestive health platform in 2009, up from about 2000 just five years previously.

The gut/digestive health sector was the first in the international functional foods market to come to the fore, starting to rise to prominence in the 1980s outside Asia. Significant sales were not achieved elsewhere until well into the next decade. It remains the leading sector in terms of market size and activity in most countries, with the notable exception of the USA, and even there rapid growth over the past five years has boosted the market considerably.

The gut/digestive health market is, along with other parts of the functional foods market, very difficult to define. There is rising awareness of foods traditionally linked with a healthy digestive system, particularly high-fibre foods such as bran and wholegrain bakery and cereal products. Combined with the emergence of probiotic foods, most notably dairy products, this creates a diverse but dynamic category. Additionally, many of the probiotic products launched in recent years, particularly dose-delivery dairy drinks, have focused on immune defence as much, if not more than, digestive health. With these difficulties in definition, market quantification is also very fraught with problems, but estimates now tend to put the global market for gut health foods and drinks at over US$10bn annually.

Probiotics and the dairy sector

The emergence of new-style dairy products, most notably probiotic yoghurts and dairy drinks, has moved the market forward since their move out of Asia and into the mainstream western markets in the 1990s.

Indeed, the dairy sector, notably probiotic products, is now probably most closely associated with the gut health sector. Dairy products accounted for over 40% of the gut/digestive health launches recorded by Innova in 2009. This share was down slightly over 2008, reflecting the wider range of products appearing on the market. Baby food was the next most popular category for using gut health claims, ahead of bakery and cereal products.

Interest in the USA, especially in the dairy sector, has risen sharply over the past 5 years, particularly since Danone’s repositioning of its Dannon (brand name used in USA) Activia spoonable yoghurt more directly on a digestion regulation platform, emphasising the use of the unique Bifidus ActiRegularis cultures. Sales of the Activia brand are now worth over US$2bn a year globally. The USA national launch in early 2006 is credited with virtually single-handedly moving the probiotics market out of the specialist dietary supplements market and into the mainstream yoghurt market. It also heralded a wave of competitive activity from the other USA yoghurt companies, driving the market forward.

Although refrigerated yoghurt and dairy drinks are maintaining their profile in terms of product activity in gut and digestive health, there have also been high levels of activity in other areas. Launches recorded by Innova over the past year include a range of Digestive Health pasta with probiotics under the Racconto Essentials brand, the extension of the Attune probiotic cereal bar range with probiotic chocolate bars and the introduction of Yovation frozen yoghurts with probiotic cultures.

Outside the USA, there has been an even wider range of activity, with novel products appearing alongside development of existing brands and concepts. Yosa organic dairy-free smoothies were formulated with oats, fresh fruit and berries and probiotic bacteria. Initially launched by oat-specialist Bioferme in its home market of Finland in the spring of 2009, the product was extended into the Swedish and German markets shortly afterwards.

Meanwhile in Australia, the BARLEYmax ingredient, developed by CSIRO and said to be the world’s highest fibre wholegrain, made its first appearance on supermarket shelves when it was used in Digestive 1st, Protein 1st and Heart 1st breakfast cereals from Goodness Superfoods. Uncle Tobys, now a Nestlé business in Australia, has just launched an addition to its cereal bars with the more focused name Bodywise Digestive Balance bars.

Lu Ann Williams, Head of Research, Innova Market Insights, comments: “It appears that high levels of interest in gut/digestive health foods are continuing. It has been a key focus for European product activity for a number of years; and in the USA, levels of interest have risen sharply over the past five years to create a market combining interest in developing established high-fibre products on the one hand and the newer probiotic dairy lines on the other.

“The Australian market falls somewhere between the two, while in Japan, the market is so well established that products fortified with fibre, probiotics and/or prebiotics are regarded virtually as standards. In all regions product activity is still strongly oriented towards the dairy sector, although increasing activity in bakery and cereal products is evident along with signs of growth in other areas of the market.”