Wild yeast, algae and the science of beer and wine 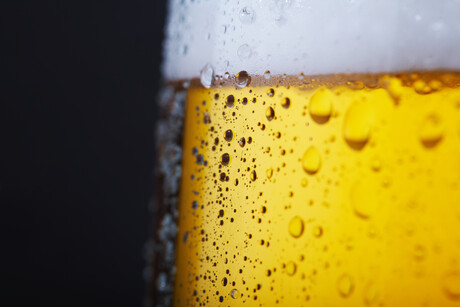 Can you brew a decent beer using a wild yeast? How will climate change impact beer production? Where does your pinot get its flavour and aroma from? These are some of the questions that will be answered at this year’s National Science Week, to be held from 15–23 August.

In 2020, the festival is almost entirely virtual, which means most events, large and small, are open to everyone, no matter where they live. Below are some of the events focused on the science of wine and beer:

At yeast there’ll be beer

Without yeast, beer would just be bitter, sugary water. This talk is all about what different yeasts do, where they come from and the perils of trying to make beer with a wild yeast, captured in a Darwin backyard. Later, there will be tastings of the same beer made with different yeasts, including a truly local Darwin brew.

18 August is International Pinot Noir Day — which might prompt the question: does it matter where your wine comes from?

In this webinar, Dr Rocco Longo, a wine scientist from the Tasmanian Institute of Agriculture, will share findings from a preliminary pinot noir tasting study. He found there are differences in the chemistry, flavour and aroma of wines depending on the region from which they originate. Longo’s webinar will be launched online, fittingly enough, on 18 August, and will be available until 23 August.

Science Made Beerable, a partnership between scientists Kelsey Picard and Matt Fielding, will look at the science behind brewing. Four breweries — Hobart Brewing Company, Shambles Brewery, OCHO Beer and Van Dieman Brewing — have each put forward a beer which they think highlights some of the amazing science that goes into a brew. Attendees can order their 4-pack to drink along at home, as the presenters delve into how these beers are made, what sets them apart and how science is integral to every step of the process to deliver the final product.

Independent brewery Young Henrys was on a mission to tackle its carbon emissions when it came across the Climate Change Cluster (C3) at the University of Technology Sydney (UTS). Together, they have developed a way to use algae to efficiently convert carbon dioxide into oxygen. 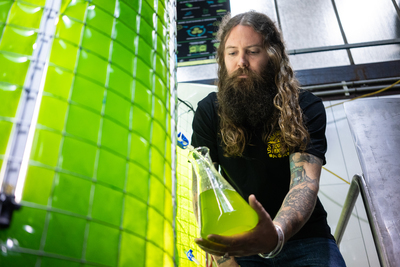 This online event will take audiences to the heart of the brewery with Oscar McMahon, co-founder and director of Young Henrys, and Dr Janice McCaughly, research associate at UTS. The attendees will get insights on how the fusion of brewing science and climate change innovation led to an Australian first and discover how one humble organism algae is changing the future of our planet.

Free tickets for this event are available at https://www.eventbrite.com.au/e/beer-algae-brewing-a-greener-future-tickets-114618934318

How will climate change impact beer production? In years to come, will drinkers still like their ales and lagers?

In this online event, Jon Seltin, head brewer from the Brick Lane Brewing Company, will share his thoughts on the future of brewing. The session also includes a virtual, behind-the-scenes brewery tour, exploring emerging brewing technologies and trends, and examining the important raw ingredients.

Pre-booking for this event is essential, because part of the fun is exploring the Brewing Futures tasting kit, which will be mailed out so participants can raise a glass with Seltin in real time.