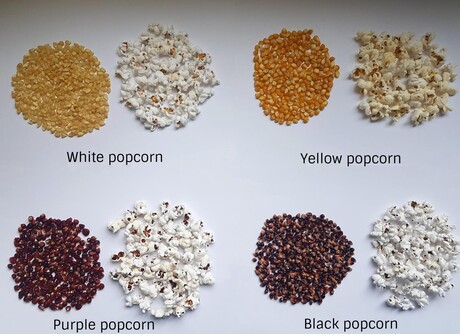 While the salty, buttery version of popcorn is a favourite for movie goers, in terms of nutritional value, air-popped popcorn is the winner. But consumers also want a seed-to-snack treat that leaves more snacks than seeds when popped.

The popcorn market in Australia recorded a sales value of AU$79.53 million in 2018, according to Market Research. And in America, around 15 billion quarts (equivalent to 60 billion cups) of popped popcorn are consumed each year.

Maria Fernanda Maioli set out to determine the properties affecting popping expansion in popcorn. The team’s research was recently published in Agronomy Journal, a publication of the American Society of Agronomy.

“The way kernels expand is a basic, yet very important characteristic of popcorn,” Fernanda Maioli said. This is referred to as ‘expansion ratio’.

“Very hard grains burst when heated. This expansion multiplies the initial volume of the grains by more than 40 times. In the case of popcorn, it produces a unique and tasty food.”

The major factors that influence popcorn quality are kernel moisture, expansion ratios and popping ratios. Higher quality popcorn is associated with kernels that expand more. This popped corn has a better texture and softness.

There have been several past studies on the ways popcorn kernels expand. These studies report that popping expansion has a strong association with higher starch content in kernels.

Popping ability is also affected by how well the starchy substance inside kernels transfers heat during the popping process. Fernanda Maioli and her team’s study measured this performance, which makes this research unique.

“We observed how this heat transfer inside the popcorn kernel relates to the expansion ratio,” she said. “It allowed us to understand how other characteristics may also relate to expansion.” 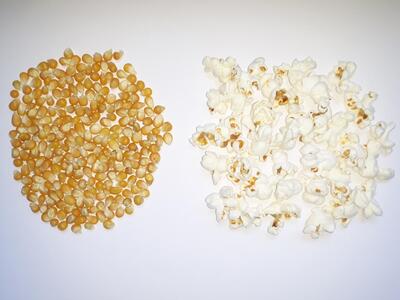 Yellow popcorn is the type most people are familiar with. This is the type commonly used by movie theatres. Credit: Maria Fernanda Maioli 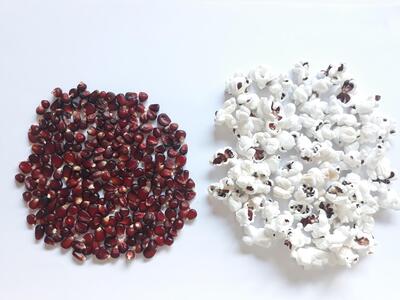 Then the researchers studied the influence of those characteristics on the popping expansion.

“Our results showed that the thickness of the kernel’s outer layer is a key trait for selecting popcorn with greater popping expansion,” Maioli said.

Understanding which popcorn traits are related to the expansion capacity will help future researchers identify and breed high-quality popcorn. Researchers will not need to spend time and money to look at other unrelated characteristics.