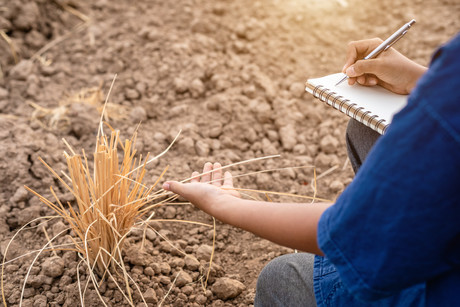 Winter crop production is predicted to fall by 3% in 2019–20 to 29.4 million tonnes, down 13% from the winter production forecast in September 2019. The Australian Crop Report by the Australian Bureau of Agricultural and Resource Economics and Sciences (ABARES) indicated that the revised forecast reflected early spring conditions that were poorer than expected in most cropping regions, particularly in Western Australia and southern New South Wales.

“Forecast winter production is around 27% below the 10-year average to 2018–19 and is set to fall for the third consecutive year since record high production was achieved in 2016–17. Below-average rainfall and above-average temperatures during spring reduced winter crop prospects in most cropping regions — but the changes in Western Australia and southern New South Wales had the biggest impact on national production prospects,” said Peter Gooday, Acting Executive Director, ABARES.

The report also indicated that high fodder prices and unfavourable seasonal conditions caused some crops planted for grains to be cut for hay in regions with low levels of soil moisture at the beginning of spring.

The latest three-month rainfall outlook issued by the Bureau of Meteorology forecasts below average summer rainfall in parts of Queensland and northern New South Wales.

“A combination of the unfavourable summer outlook and very much below average levels of soil moisture at the end of spring means summer crop production is forecast to decline by 52% to around 1.2 million tonnes, which is 69% below the 10-year average to 2018–19. Area planted to summer crops is forecast to fall by 49% in 2019–20 to around 535,000 hectares, driven by significant expected falls in area planted to grain sorghum and cotton,” Gooday said.