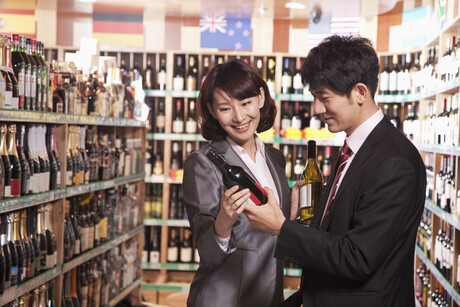 The Australian Government has announced its “extreme disappointment” in the decision by Chinese authorities to impose tariffs on Australian wine.

The preliminary tariffs imposed by China’s Ministry of Commerce (MOFCOM) are between 107.1% and 212.1% and were implemented on 28 November after allegations of wine dumping.

Agriculture Minister David Littleproud said the decision was a seriously concerning development and one which Australia will be vigorously fighting against.

“The Australian Government categorically rejects any allegation that our wine producers are dumping product into China, and we continue to believe there is no basis or any evidence for these claims,” he said in a statement.

“Australian wine is hugely popular both in China and across the globe due to its high quality, and we are confident that a full and thorough investigation will confirm this.”

The association’s Chief Executive Tony Battaglene said that given the size of the tariff, Australian winemakers will now be forced to consider alternative markets for export sales.

“This decision will have a significant impact on Australia’s rural and regional economies, particularly in those states most invested in grape growing and winemaking, where the impact on regional employment is likely to be felt most acutely,” Battaglene said.

“While we are disappointed with this development, our members will continue to cooperate with MOFCOM as the investigation continues, working towards an outcome that is consistent with the facts of the case, and supports the growth of the wine industry in Australia and China.”

Background to the investigation

Some 31 Australian wine exporters registered to take part in the investigation, which involved completing a MOFCOM anti-dumping questionnaire, according to AGW.

After the questionnaire was completed, three companies — Treasury Wine Estates, Casella Wines and Australia Swan Vintage — were selected to be sampled.

MOFCOM selected these companies as a sample of the companies that registered for the process, based on the companies’ reported export volumes, according to Australian Grape & Wine.

Treasury Wine Estates, which is one of the largest wine companies in the world according to its website, experienced an 11% drop in its stock price on the ASX after the preliminary tariffs were imposed.

A dossier handed over by the Chinese Embassy in Canberra to the Australian media revealed a list of grievances the Chinese government had with Australia from the interference of China’s policy towards Hong Kong and Taiwan to “siding with the US’ anti-China campaign”, the Sydney Morning Herald reported.

Prime Minister Scott Morrison said at the APS200 virtual forum the Chinese government has not engaged in any of the “quite specific issues” that have arisen in trade.

Morrison also stated that the government will take each trade issue “at face value” allowing officials to work out the technicalities.

In an interview with the ABC, Morrison said the government will do “everything it can to address the trade issues with China”, but also expressed interest in solidifying trade deals with other countries such as Singapore, Indonesia, UK and the EU.

“We’ve been working very hard on expanding trade opportunities in sectors like wine, which is obviously impacted by this decision,” he said.

There is also a glimmer of hope with the recently signed Regional Comprehensive Economic Partnership (RCEP).

MOFCOM spokesperson Gao Feng responded to a question by the South China Morning Post about whether the RCEP deal will improve trade relations with Australia.

“RCEP is a regional free trade agreement among the 15 members who have made systematic arrangements for tariff concessions on trade in goods. After RCEP takes effect, China will work together with other members to do a good job in implementing and enforcing the agreement,” Gao responded.

The AWRE 2020 reimagined online event has been established to offer the flexibility to connect...

Discover the latest food and packaging waste technology, solutions and services at AWRE from...